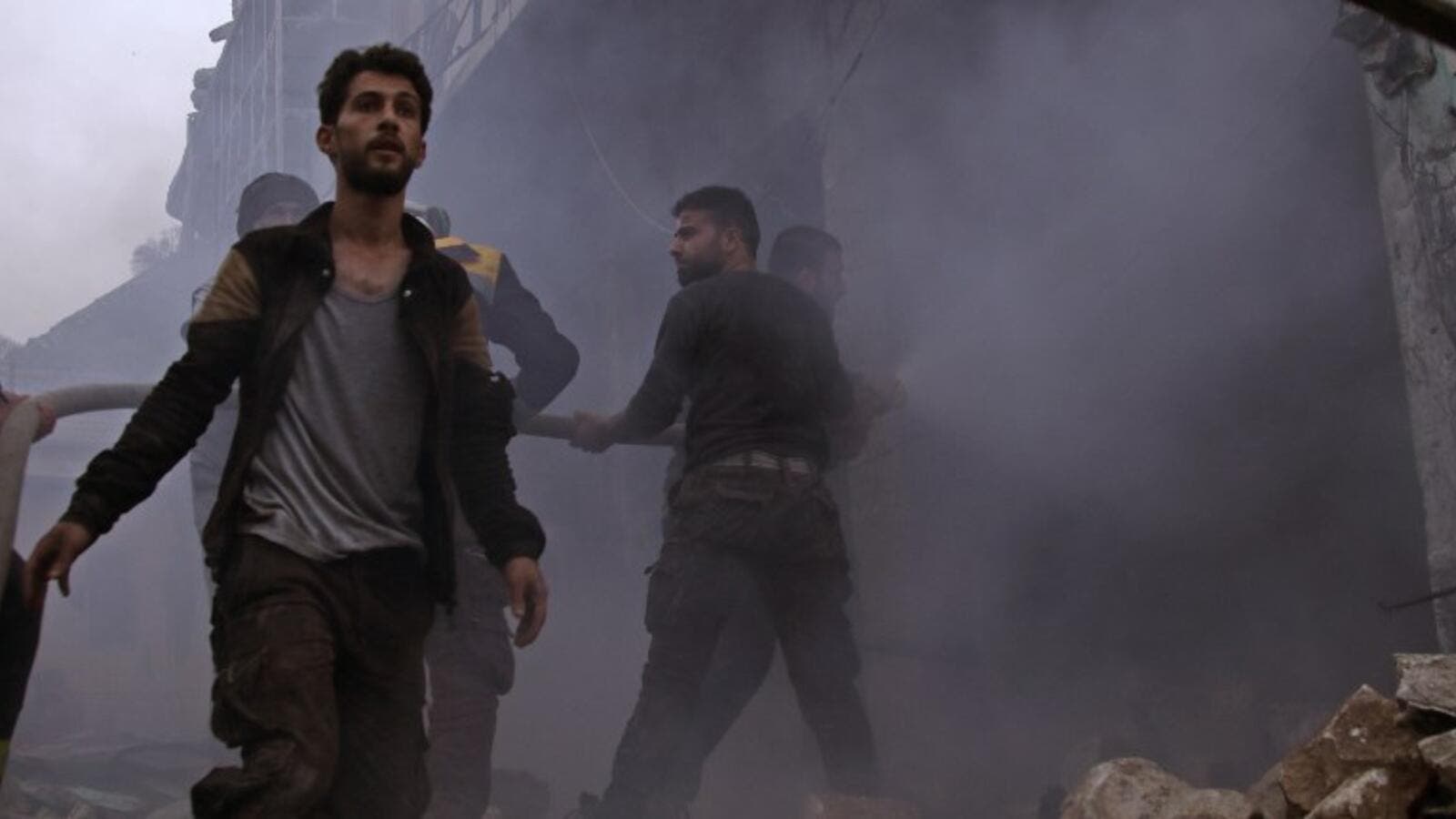 Members of the Syrian civil defense search for survivors in the aftermath of an air strike in the rebel-held town of Harem in the northwestern Idlib province on Mar. 22, 2018. (Aaref WATAD / AFP)

Mustafa Haj Yousuf, director of the White Helmets civil defense agency, said late Thursday that 42 civilians were killed, 72 others were injured in the airstrikes targeting a marketplace in Harim.

Civil defense teams are maintaining their search and rescue operations.

According to opposition sources, the warplanes took off from Khmeimim Airbase in Syria’s Latakia province and conducted several airstrikes in and around the district.

At least 98 people have been killed, 134 others were injured by airstrikes in opposition-held parts of Idlib and Hama provinces in the last two weeks.

Syria remains locked in a devastating conflict that began in 2011 when the Bashar al-Assad regime cracked down on demonstrators with unexpected ferocity.

According to U.N. officials, hundreds of thousands of people have been killed in the conflict.