Vladimir Putin last night denied Russia planned to seize territory from Ukraine and accused Britain and its allies of ‘demonising’ his country. 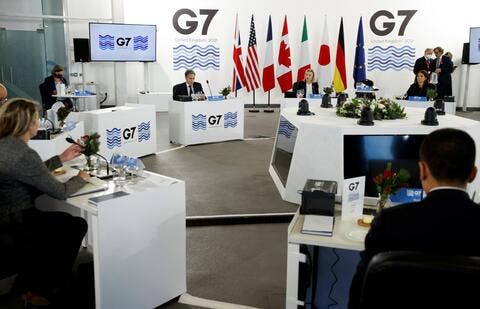 Mr Putin was reacting to G7 ministers’ warning that Russia faces ‘massive con - sequences’ if it invades its neighbour.

The Russian president’s official spokesman, Dmitry Peskov, said the accusations by Britain and its allies were ‘once more being made with the aim of further demonising Russia’.

US intelligence officials estimate that as many as 175,000 Russian troops could launch an attack early next year, with troops, tanks and artillery already massing on the Ukrainian border.

Foreign Secretary Liz Truss, speaking as the host of a G7 meeting in Liverpool, said: ‘We have sent a very clear, united message to Vladimir Putin.

'We want Russia to stop its aggression with respect to Ukraine.’

This must be made clear: „What Putin is currently threatening is not the invasion of Ukraine, but rather the escalation of an invasion that has been underway since February 2014.” https://t.co/7oSgMqWWkK

She said the group of seven countries was ‘considering all options’ when it came to imposing economic sanctions. 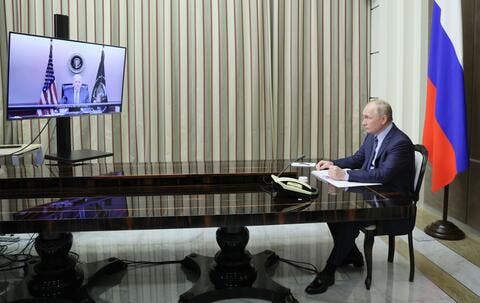 Why is Biden Threatening Russia With Sanctions?

US Secretary of State Antony Blinken told the broadcaster NBC News: ‘We are prepared to take the kinds of steps we have refrained from taking in the past.’

A joint statement by foreign ministers from the seven global powers said: ‘Russia should be in no doubt that further military aggression against Ukraine would have massive consequences.’