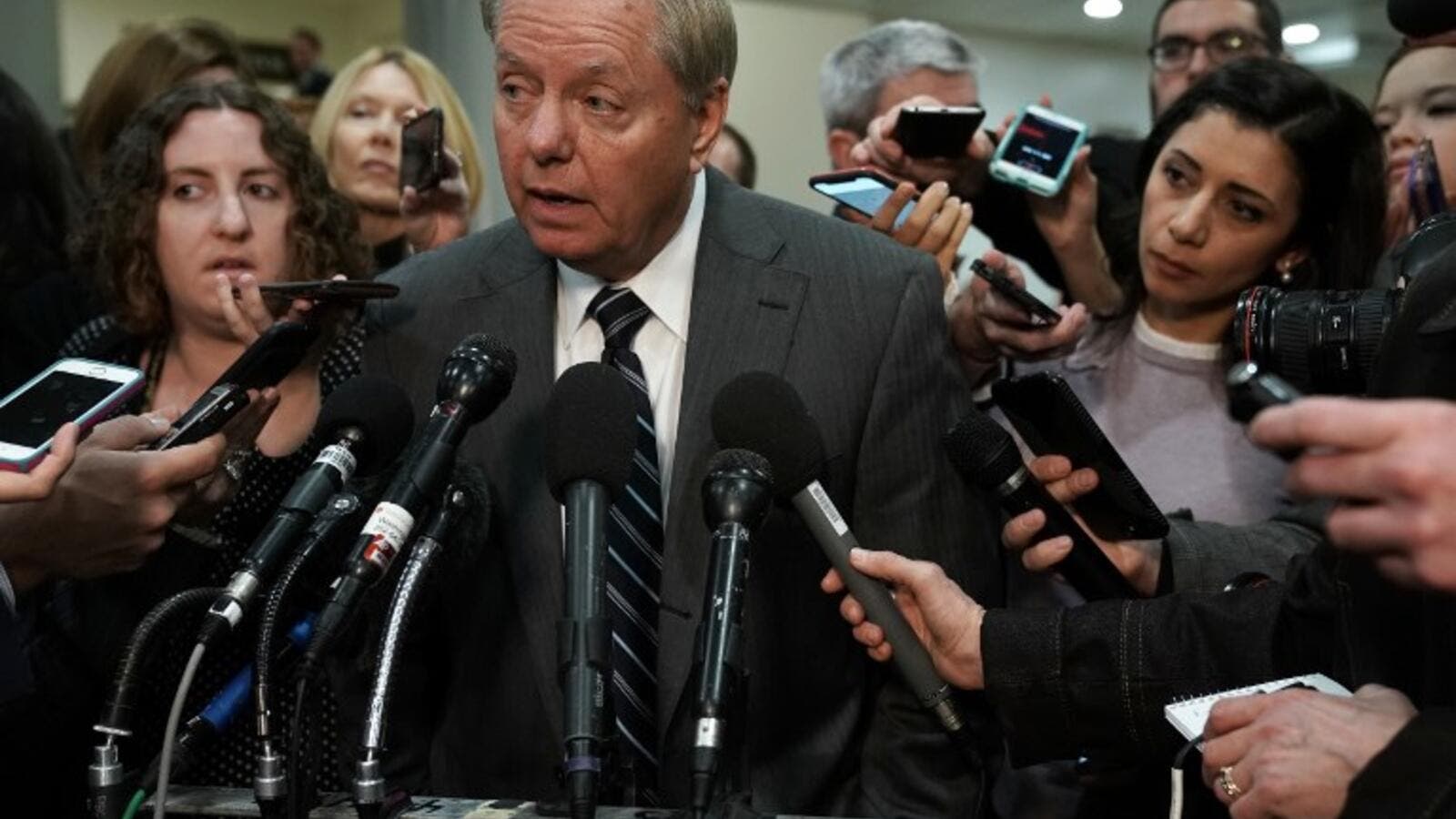 A Republican U.S. senator, often an ally of President Donald Trump, has echoed the president's derogatory remarks about Saudi Arabia's military capabilities, saying the Saudi military "can't fight [its way] out of a paper bag."

In pointed remarks made to Fox News on Sunday, Senator Lindsey Graham of South Carolina, who is a hawk on Iran, said Saudi Arabia would be defeated by Iran militarily "in about a week" if it did not have the support of the United States.

"Let me put it this way — I want to be very blunt with you: If it weren't for the United States, they'd be speaking Farsi in about a week in Saudi Arabia," Graham said.

Saudi Arabia is not involved in a war with Iran, and Tehran has made it clear that it will never initiate military aggression against any country. But Riyadh has launched a war on impoverished Yemen, where it has been bogged down for almost four years now despite disproportionately superior military power.

Earlier, President Trump had belittled Riyadh by saying Saudi rulers might not last "for two weeks" without the support of the U.S. But Trump has also taken a stubborn stance in defense of the Saudi leadership in an international scandal over the state-ordered murder of Saudi dissident Jamal Khashoggi. In attempting to justify that defense, Trump has partially pointed to the massive purchases of American weapons by Riyadh.

Khashoggi was brutally killed by a 15-member hit squad inside the Saudi consulate in Istanbul, Turkey, on October 2.

Unlike President Trump, however, Senator Graham has turned against the Saudi leadership following that murder.

Citing informed sources, The Washington Post reported in mid-November that the CIA “has concluded that Saudi Crown Prince Mohammed bin Salman ordered Khashoggi's assassination.” Trump said at the time that the CIA conclusion was "very premature."

Ankara, which says it has evidence from inside the consulate, has said the order for the hit "came from the highest levels of the Saudi government." But it has said Saudi King Salman himself was not involved, giving the impression that Saudi Arabia's number-two person, Mohammed, was responsible.

Saudi Arabia has attempted to shift the blame for Khashoggi’s murder to Mohammed’s underlings, including at least one of his advisers. But it has claimed that the criminality somehow stops short of reaching the crown prince himself.

The CIA has not published its findings on Khashoggi's murder. But the agency's director, Gina Haspel, recently briefed a group of senators on the matter. Graham was among them.

In his Fox News interview, Graham confirmed the report that the CIA believed Mohammed was responsible.

"It's the most brilliant briefing I've ever received in my time in Congress... There is no doubt by any senator who received this briefing that MbS was complicit in the murder of Mr. Khashoggi," Graham told Fox News, using Mohammed's initials.

The U.S. senator also dismissed the notion that the U.S. is reliant on Saudi Arabia — something President Trump sought to highlight in defending the Saudi leadership.

"They give us 9 percent of our oil imports. We need them a lot less than they need us," Graham said. "I don't buy this idea you've got to hook up to a murderous regime, a thug like MbS, to protect America from Iran. Quite the opposite. I think by hooking up with him we hurt our ability to govern the region.”

Graham has formerly called Mohammed "a wrecking ball" who "has got to go."

In November, Republican and Democrat senators at U.S. Congress introduced legislation to suspend weapons sales to Saudi Arabia in the wake of Kashoggi's murder.

Graham said the Congress would press ahead with that legislation and would officially hold Mohammed responsible in the murder of Khashoggi.

"Well, we're going to label him (Mohammed) complicit. We're going to have a vote in the Senate saying that MbS was complicit in the murder of Mr. Khashoggi," Graham said. "I'm never gonna support any more arms sales to Saudi Arabia."