Younger Palestinian journalists remember how Abu Akleh’s coverage inspired them to follow in her footsteps and shaped the way Palestinians tell their own stories. 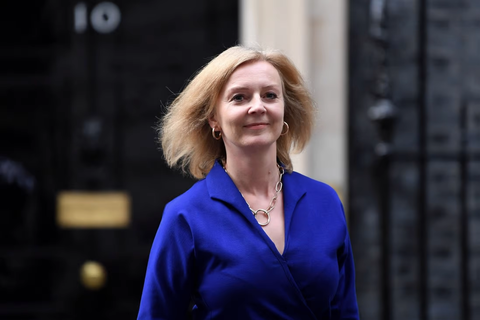 Almost every Palestinian who lived through the Second Intifada remembers Shireen Abu Akleh’s face. Her reporting, voice, and composure in the most difficult of times are familiar to many TV viewers across the Arab world.

The veteran Al Jazeera Arabic journalist, 51, was shot dead by Israeli forces while she was covering a military raid on the Jenin refugee camp on Wednesday.

Israeli occupation forces’ murder of Shireen Abu Akleh — and their violence during her funeral procession — should inspire solidarity from journalists around the world. This means fighting the bourgeois press and its imperialist line.https://t.co/PIzgOX8sSl

She was wearing an easily identifiable press vest, and was next to a colleague who was also targeted and left injured.

Thousands of people attended her funeral processions in Ramallah and Jerusalem on Thursday and Friday. Her body, wrapped in the Palestinian flag, was carried through the Jenin refugee camp.

For many young Palestinian journalists, she was among the first reporters who were vigorously putting across their perspective on the TV screens. Her rise to prominence came at a time when Al Jazeera Arabic was breaking the dominance of Western international media channels on how the region was reported.

Her sign-off, where she ended her news packages with her name and the city she was reporting from, had become so iconic that many Palestinian women grew up emulating it in front of mirrors.

And some of those women went on to become journalists themselves, influenced by Shireen’s reporting or inspired by her journalism classes at Birzeit University, near Ramallah.

Shortly after the shooting, the Israeli government circulated a video alleging that Palestinian gunmen could have killed Shireen. That claim has been refuted by the Israeli human rights group B’Tselem, which analysed the video evidence shortly afterwards.

The International Federation of Journalists (IFJ) says the targeting of Palestinian journalists in the West Bank and Gaza is “systematic”, and has submitted a formal complaint to the International Criminal Court (ICC) in April 2022.

Reporters Without Borders says at least 30 journalists have been killed in the Occupied Territories since 2000, and has documented 140 Israeli violations against Palestinian journalists since March 2018, the beginning of the ‘Great march of return’ protests. The tally includes two journalists wearing clearly marked press vests who were killed by live and sniper fire, and a freelance photographer who was shot in both legs and had to undergo partial amputation of his left leg.

In their own words, three young Palestinian journalists describe what it meant for them to have Shireen as a colleague, role model, and teacher.

I grew up as a teenager in the second Palestinian Intifada, the uprising which occurred in the early 2000s. Shireen [and other Al Jazeera journalists] brought us a new sense, a new meaning and a new feeling when it comes to news coverage of people living under occupation. The Al Jazeera journalists reporting at the time brought us a different kind of coverage that made us feel, as Palestinians, that our narrative was being carried to the whole world. The very fact that they were reporting the Palestinian narrative to the world made them celebrities.

Consciously or subconsciously, having seen a female reporter working in the field day in, day out, on the frontlines, definitely empowered me and so many other young women who wanted to become journalists.

There's a saying that I like that goes, you can't be what you can't see. And we saw how brave she was, how she was on the frontlines, all the while keeping her composure. She was in a league of her own, she was so special and, you know, coming to know her as a colleague, when I joined the office, I even felt like I was elevated to a special status - having known her, being recognised by her.

I was proud of myself that I was getting closer to her in the past few weeks in Jenin. Shireen knows people, people know her. If we struggled with any specific story, we would get in touch with her.

When I was a  journalism student at Birzeit University, many of my friends said, “we're here because we can make a difference.” We're here because we saw Shireen and Givara Budeiri covering the news of the second Palestinian Intifada, the uprising, and they exposed reality to the world, told the truth. We wanted to be like them. So you can imagine how many journalists, specifically females, were inspired by Shireen, and were empowered by her. And I think now they want to keep her legacy alive.

I'm still in shock. I still cannot process her death.  But I think that what Shireen would want us to do right now is to keep going, keep reporting, and keep telling the truth.

For people of my generation, who grew up watching her reports on TV, especially during the Second Intifada, during the invasion of the Jenin refugee camp, she was the voice that actually conveyed what was going on, that broke all the divisions that the Israelis tried to create, when there were systematic attempts to divide Palestinians.

I was about 10 or 11 when I started following her work on TV. And obviously she was one of those who helped shape our country, our political consciousness.

Most of the girls of my generation, when they were growing up, if they heard the word journalism, or if they wanted to become journalists, Shireen would be their model.

She was present on our TV, she was before us when we gathered as a family and sat in front of a TV. Obviously things are different now that people get their news on their phones and Instagram. But even when the traditional media lost primacy Shireen was still there, she was still present. And even if Al Jazeera network is criticised now by many who don't see it as it was during the early years of the second Intifada, or during the early 2000s, she's one of those journalists who was never questioned, whose objectivity, whose reliability, whose voice, was never questioned.

And this is why you see now the collective grief on the street about her. She was at protests covering stories, in people's homes, she was there on the street, on the frontline.

The real tribute that any journalist or any person working in this field can aspire to, is just to be remembered, to be honoured by the people whose voices have always been silenced. And then for these people to come back and say that she carried our voices to the world and she relayed our words with honesty, with clarity, with courage.

She was one of the journalists that made me love news media and watch the news. In Palestine, we had a very tough situation since 2000, because we were under Israeli attack. I was in 9th grade when I started watching the news and remember seeing her reports. I used to mimic her style and tone in front of my family and they used to tell me that I could  become a reporter one day. 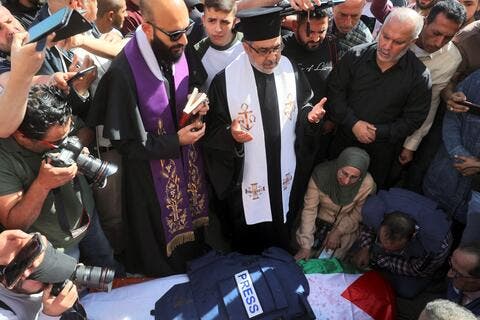 Shireen’s news reports were very humane, and she really succeeded in telling the world how we lived. I wanted to be her someday, to present Palestinian life to the world and to say how much we suffer, and despite of all the suffering we can live and we can smile. That's why I wanted to study in the media department at Birzeit university.

I remember when she covered the Israeli raids on the West Bank in 2002. She was in Ramallah and there were martyrs everywhere, they couldn't be buried because of the siege that the Israeli forces put on Ramallah, and I was really touched. How could she not cry? I thought, she is very strong, I envied her. I thought one day I will be a reporter and be as strong as her.