The Supreme Islamic Sharia Council, which represents the Sunni community and its leaders in Lebanon, has renewed its support for Saad Hariri, the prime minister-designate, amid an escalating dispute over the failure to form a government in the country. 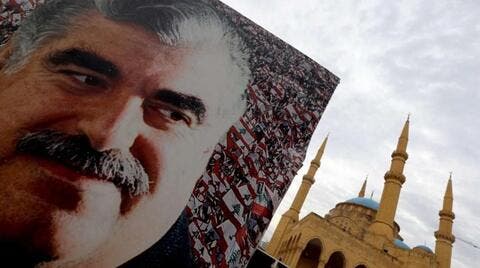 After a lengthy meeting on Saturday, in which Hariri participated, the council warned that “any quest for new definitions regarding the constitution or the Taif Agreement is not acceptable under any of the arguments.”

It was earlier reported that Hariri might announce during the meeting that he was stepping down from the task of establishing a new government entrusted to him by parliament last October.

More than 7 months after he was tasked with forming a govt, #Lebanon PM-designate Saad Hariri is leaning towards stepping down next week but has not yet made a final decision, Future Movement MP Sami Farfat says.

The French initiative and the mediation of Parliament Speaker Nabih Berri so far have failed to help form a government because of an escalating dispute between Hariri and President Michel Aoun, together with his political team represented by his son-in-law Gebran Bassil, head of the Free Patriotic Movement.

The meeting, which was held in Dar Al-Fatwa and attended by former prime ministers, said that the blame for delaying the formation of the government lies with those “who are trying to invent ways and methods that nullify the content of the National Accord Document, which enjoys the consensus of Lebanese leaders who are keen on Lebanon’s independence, unity, sovereignty and pan-Arabism.”

During the session, chaired by the grand mufti, Sheikh Abdul Latif Derian, Hariri discussed the obstacles to forming the government and steps he has taken to overcome them.
Those present at the meeting expressed their fear that “the suffocating crisis facing Lebanon will deteriorate into an endless abyss amid the indifference and random confusion that characterizes the behavior and actions of leaders who control citizens.”

The dispute over the formation of the government is a “futile debate,” they added.
Hariri later described the discussion as constructive.

Prime Minister-Designate #SaadHariri asks the Lebanese government to pay its dues to the Special Tribunal for #Lebanon and for the international community to shoulder its responsibility.https://t.co/wnqz7UwqA9

“The country is witnessing a political and economic deterioration every day,” he said. ” What matters to us is the country at the end of the day.”

One of the participants in the meeting, who declined to be named, told Arab News that “Hariri presented the options before him, including resignation, but the attendees rejected the matter and pressured him to adhere to his constitutional powers and wait to see what Berri’s mediation might result in.”

Fouad Siniora, a former prime minister, said that the problem of forming the government is internal, and Aoun must respect the constitution. “Aoun violates the constitution every day and does not act as the one who unites the Lebanese,” he said. 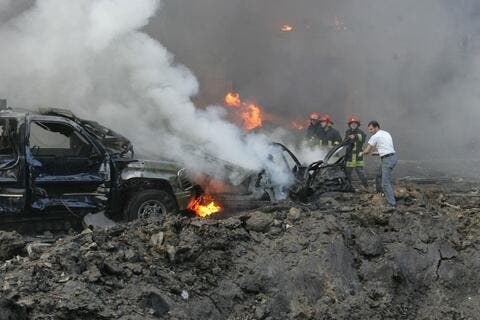 Siniora said that “Hezbollah is hiding behind the president and MP Gibran Bassil. It wants the government-formation paper to remain in its hands to use as a negotiating card. Hezbollah is a major problem and a source of pain.”

Mustafa Alloush, vice president of the Future Movement, said that “there is pressure from the Sunni community on Hariri not to quit his assignment and not to hand over the government formation to people working as proxies.”

He added: “Dar Al-Fatwa’s statement gave a clear sign of support to Hariri, and dialogue is continuing between Hariri and former prime ministers.”