Sudanese Protesters Take to The Streets as Fuel Subsidies Are Lifted

Published June 13th, 2021 - 10:54 GMT
Motorcyclists queue-up for fuel at a petrol station in al-Amarat district of Sudan's capital Khartoum on June 10, 2021.
Highlights
69/Political and security upheaval offers a fertile ground for protests that put pressure on the authorities.

Forces affiliated with the dissolved National Congress Party are seeking to exploit popular anger over the lifting of fuel subsidies as citizens have taken to the streets during the last few days in rallies against the decision to hike prices. 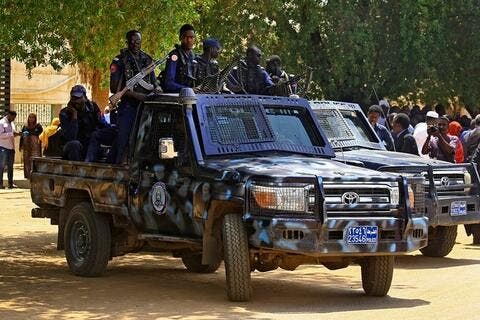 The Islamist movement called for street protests to overthrow the transitional government and to hold it accountable for what it described as “making living conditions more difficult through harsh and brutal economic policies.”

Barricades have emerged across main streets in Khartoum and other Sudanese cities to prevent the organisation of mass demonstrations led by many political forces that reject the government’s decision to lift fuel subsidies that came into effect on Thursday.

The economic situation now seems much more difficult than it was under the previous regime. Greater political and security tolerance also makes possible the organisation of mass protests that could push the government to reverse the fuel price hike or even force it to resign. In both cases, the exacerbation of tensions would  serve the interests of counter-revolutionary forces, including Bashir’s Islamlist remnants.

The leader of the Forces for Freedom and Change, Munther Abu Al-Maali, downplayed the possibility of Bashir’s supporters exploiting the street protests against the government’s economic policies. He argued that experience of the the past two years shows that street protests are fuelled by  revolutionary goals and not by the remnants of the old regime who have been removed from the structure of the protest movement to which it is difficult for them to return.

Abu al-Maali told The Arab Weekly that the demands of the demonstrators before the end of Bashir’s rule were focused on the fall of the regime in the hope of achieving freedom, dignity and social justice. Demands have now changed and focus on completing the revolutionary process even if it means the dismissal of the government and the appointment of another cabinet.

The economic conditions in Sudan have deteriorated in the recent past. This has led to great hardship for a large part of the population and political forces believe that taking to the street is the only way to stop  what they  describe as “economic absurdities.”

This week,  as part of economic reforms and measures with which the government is trying to  correct the country’s economic imbalances, the ministry of energy and oil announced a complete liberalisation of the prices of all types of fuel sold in the local market, which meant a spike of about 100 percent in prices.

Sudanese experts expect inflation rates to reach an unprecedented level as they increased 363% until last April.

The Minister of Finance and Economic Planning, Jibril Ibrahim, explained that the government has stopped interfering with gas and petrol subsidies.

Economist Sidqi Kablu said the transitional authority had  not “immunised” the poor classes against political exploitation by the remnants of Bashir’s rule, especially since the aid programme intended to help poor families is not reaching its supposed beneficiaries, as the government itself admits.

In a statement to The Arab Weekly, Kablo explained that the effects of the decision to lift fuel subsidies disproportionately affects urban residents through the doubling of public transportation fares within cities. Moreover, urban populations have the ability to politically influence government decisions.

Protests in Sudan have started after government decision to hike fuel prices.

Kablo, who is one of the prominent leaders of the Communist Party, stressed that the government is in a tough spot because the demands of the street are escalating and evolving. After focusing in the past on issues of justice and retribution,  protesters are increasingly calling for the dismissal of the government, which, said Kablo, now has to look for other options than “mortgaging the fate of Sudan to Western powers that control economic policies”.

He added that what leads to the rise in anger against the government is that it has neglected to develop a plan to upgrade national projects and increase sources of national wealth, while it quickly fulfilled the demands of international economic institutions.

The government’s decision to liberalise fuel prices has unified disparate political forces all calling for its reversal.  Meanwhile the political backers of the government have failed to defend the decision because there is disagreement on the government’s economic policies among the majority of the forces that belong to the Freedom and Change Alliance. 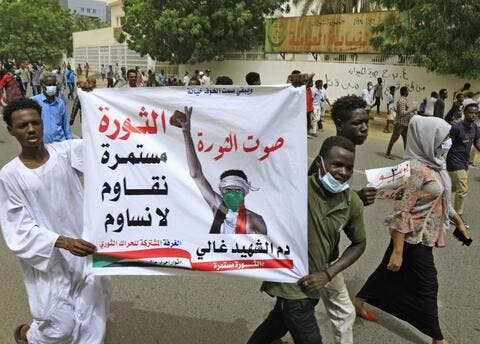 Observers believe that fulfilling the demands of the political forces will not be easy, as the government is bound by its pledges to international institutions that provide support to the transitional authority in exchange for implementing the agreed upon reforms,

But analysts see any neglect of street pressure  and  the growth of momentum of revolutionary forces would serve the interest of Bashir’s supporters, who are likely to intensify their actions in order to provoke the police forces into dealing harshly with protesters thus  causing bloodshed  and creating a violent and unstable situation that complicates the political task for the transitional authority.