Published January 25th, 2022 - 06:57 GMT
Children play with snow at a camp for internally displaced people in the town of Raju in the rebel-controlled northern countryside of Syria's Aleppo province on January 19, 2022. (Photo by AAREF WATAD / AFP)
Highlights
Senior UN official says many of the displaced lack necessary equipment to clear snow, forcing them to use bare hands

Roughly 1,000 tents used by the UN to shelter internally-displaced persons in northwest Syria have collapsed or been badly damaged by snow, an official said on Monday. 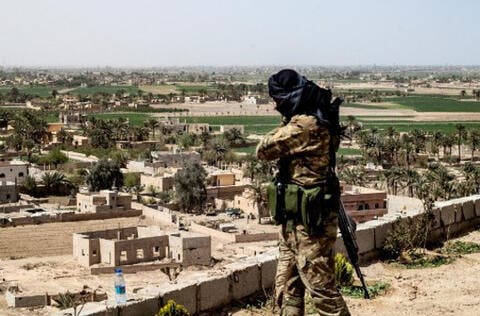 Roughly 100,000 people have been affected by the inclement weather, Mark Cutts, the UN's deputy humanitarian coordinator for Syria, told reporters at press conference.

"Many of these people do not have shovels or other equipment to clear the snow so they've been clearing snow from the tents with their bare hands," he said.

"You see pictures of children walking in the snow and on the eyes and their sandals it's really, uh, you know, particularly bad for the elderly people and people with disabilities who are living in these torn and ripped and flimsy tents in these sub-zero temperatures," he added. 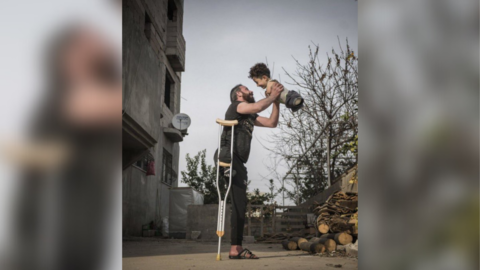 Many camps in Idlib along the frontier between Turkiye and Syria have been flooded, further compounding hardships for hundreds of families.

Syria has been ravaged by conflict since early 2011 when the Bashar al-Assad regime cracked down on pro-democracy protesters.