The Taliban spokesperson said that the "20 years of bloody war" and "occupation by foreign forces" are over as "the Islamic government" in Afghanistan will be formed soon. 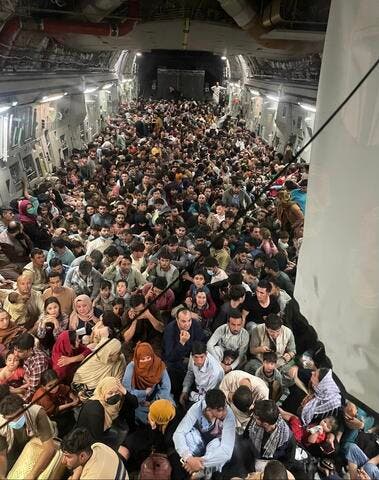 Hundreds of Afghan Civilians Board US Air Force Plane

In his maiden news conference in the Afghan capital Kabul, the group's spokesman Zabiullah Mujahed said the safety and security of Kabul citizens, foreign diplomatic missions in the Green Zone is crucially important for the Taliban. He particularly assured this to the US, UN,, rest of the international community, and humanitarian agencies.

"Security of embassies in Kabul is of crucial importance to us; would like to assure all foreign countries that our forces are there to ensure the security of all embassies, missions, international organizations, and aid agencies," Mujahed added.

Mujahed dubbed the thousands of civilian casualties during the past two decades of war as "collateral damage" in the wake of an "invasion" meeting Afghans’ "struggle for independence."

He promised that no discrimination and use of force would take place against women, and that they would be allowed to study and work in line with the Sharia limits.

Referring to press freedom, he said Islamic principles and national interests would remain the core principles, and the media would not be allowed to spread ethnic, sectarian, and other divisions. 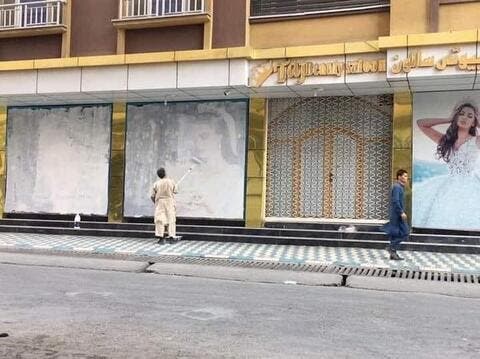 Biden is resolved to get out of Afghanistan by Aug. 31, no matter what — despite officials being stunned by the speed of the Taliban's offensive.

He may not see much of a pause between withdrawal and the country's total collapse into a bloody civil war. https://t.co/hV6Os060sX

Charging the administration of President Ashraf Ghani over creating a vacuum of power by fleeing in "panic," the Taliban spokesman said "warmongering" of the previous administration compelled them to expedite advances on towns and villages, leading to the capture of Kabul without proper discussions for the transfer of power.