Published July 14th, 2021 - 10:25 GMT
People wave Taliban flags as they drive through the Pakistani border town of Chaman on July 14, 2021, after the Taliban claimed they had captured the Afghan side of the border crossing of Spin Boldak along the frontier with Pakistan. Asghar ACHAKZAI / AFP
Highlights
Insurgents ordered captured villagers to marry off daughters to foot-soldiers

The Taliban is enforcing its harsh interpretation of Islamic rule and reverting to its fundamental roots as it makes huge advances across Afghanistan. 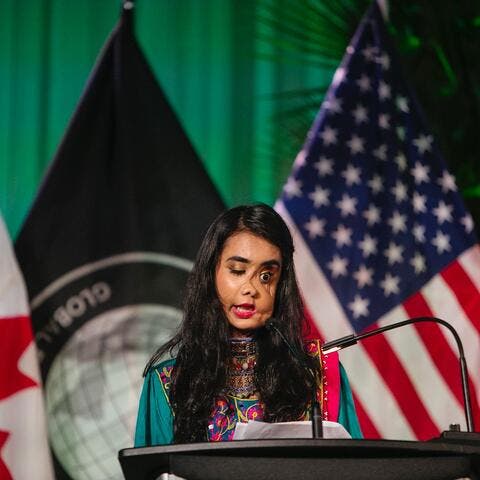 Insurgents are issuing new orders to captured territories, banning smoking and beard-shaving and ordering villagers to marry off their daughters to foot-soldiers and stopping women from heading out alone.

The Islamist group warned that anyone who breaks the rules 'will be seriously dealt with'.

The struggle between Afghanistan’s government and the Taliban is not a choice between democracy and Islamic rule. It is a conflict over whether Afghans should choose their own government at all. ⁦@EliLake⁩ https://t.co/p7Np3s7DXR

The Taliban, which was overthrown by the US-led invasion in December 2001, three months after 9/11, is making a resurgence as it capitalises on the withdrawal of foreign troops.

On Wednesday, militants claimed to have seized the strategic border crossing of Spin Boldak along the frontier with Pakistan.

The interior ministry insisted the attack had been repelled and government forces had control, but a Pakistan security source said the Taliban's white flag was flying over the town.

It comes a day after video emerged of Taliban fighters massacring 22 Afghan commandos who had surrendered in Dawlat Abad, in northern Faryab province.

The Islamists are trying to persuade government troops to abandon their posts on the promise of safe passage back to their homes as they take advantage of the US withdrawal, which has been criticised by former president George W. Bush.

He told German broadcaster Deutsche Welle: 'Afghan women and girls are going to suffer unspeakable harm. This is a mistake.

'They're just going to be left behind to be slaughtered by these very brutal people, and it breaks my heart.'

Last month, the Taliban took Shir Khan Bandar, a northern customs post that connected the country to Tajikistan over a US-funded bridge that spanned the Panj river.

Local factory worker Sajeda told AFP: 'After Shir Khan Bandar fell, the Taliban ordered women not to step out of their homes.

'There were many women and young girls doing embroidery, tailoring and shoe-making... The Taliban's order has now terrified us.'

The Taliban ruled Afghanistan from 1996 to 2001 based on a fundamental interpretation of the Koran that has hardly changed in centuries.

Women were ordered to stay indoors unless accompanied by a male relative, girls were banned from school, and those found guilty of crimes such as adultery were stoned to death.

Men had relatively more freedom but were ordered not to shave, would be beaten if they didn't attend prayers, and were told to only wear traditional clothing.

Afghanistan is deeply conservative and some rural pockets of the country adhere to similar rules even without Taliban oversight - but the insurgents have tried to impose these edicts even in more modern centres.

A statement purporting to come from the Taliban circulated on social media this week ordered villagers to marry off their daughters and widows to the movement's foot soldiers.

'All imams and mullahs in captured areas should provide the Taliban with a list of girls above 15 and widows under 45 to be married to Taliban fighters,' said the letter, issued in the name of the Taliban's cultural commission.

Similar edicts were issued by the Ministry for the Propagation of Virtue and the Prevention of Vice during the Taliban's first stint in power.

The group has now denied making any such statement and dismissed it as propaganda as it attempts to project a softer image.

'These are baseless claims,' said Zabihullah Mujahid, a spokesman for the group.

But people in areas recently taken by the insurgents insist there is truth to the claims.

In Yawan district on the Tajikistan border, the Taliban gathered residents at a local mosque after taking over.

'Their commanders told us that nobody is allowed to leave home at night,' Nazir Mohammad, 32, told AFP.

'And no person - especially the youths - can wear red and green clothes,' he said, referring to the colours of the Afghan flag.

Their orders didn't stop there.

'Everybody should wear a turban and no man can shave,' said Mohammad.

'Girls attending schools beyond sixth grade were barred from classes.'

The Taliban insist they will protect human rights - particularly those of women - but only according to 'Islamic values', which are interpreted differently across the Muslim world.

For Sajeda on the Tajikistan border, just a few days of Taliban rule was enough - and she fled south to the nearby city of Kunduz.

'We will never be able to work in areas under the Taliban,' she said, 'So, we left'.

It comes as the Taliban said on Wednesday they had captured the strategic border crossing of Spin Boldak, continuing their sweeping gains.

The situation on the ground could not immediately be verified, but social media was abuzz with pictures of Taliban fighters looking relaxed in what appeared to be the frontier town.

That is tragic - I taught Afghani students in Denmark whose parents had fled from Taliban rule. The women in particular excelled - was also true of Iranian women pre - Islamic revolution - most of these revolutions are predicated upon fear...of women!

The taking of Spin Boldak would be the latest in a string of border crossings and dry ports seized by the Taliban in recent weeks, with the insurgents looking to choke off much-needed revenue from the government in Kabul while also filling their own coffers.

Its seizure follows days of heavy fighting across Kandahar province, where the government was forced to deploy commando fighters to prevent the fall of the provincial capital even as the insurgents inched closer to taking the frontier crossing.

In a statement, insurgent spokesman Zabihullah Mujahid assured traders and residents there that their 'security is guaranteed'.

But Afghan officials insisted they still had control.

'The terrorist Taliban had some movements near the border area... The security forces have repelled the attack,' interior ministry spokesman Tareq Arian told AFP.

'I went to my shop this morning and saw that the Taliban are everywhere. They are in the bazaar, in police HQ and custom areas. I can also hear the sound of fighting nearby,' said Raz Mohammad, a shopkeeper who works near the border.

The border crossing is one of the most strategically valuable for the Taliban.

It provides direct access to Pakistan's Balochistan province - where the insurgents' top leadership has been based for decades - along with an unknown number of reserve fighters who regularly enter Afghanistan to help bolster their ranks.

Hours after the crossing fell, an AFP reporter on the Pakistani side saw around 150 Taliban fighters riding on motorcycles, waving insurgent flags, as they demanded to be allowed to cross into Afghanistan.

Balochistan is a favoured destination for fighters regularly heading for medical treatment and hosts many of their families.

A major highway leading from the border connects to Pakistan's commercial capital Karachi and its sprawling port on the Arabian Sea, which is considered a linchpin for Afghanistan's billion-dollar heroin trade that has provided a crucial source of revenue for the Taliban's war chest over the years.

Meanwhile on Tuesday, video emerged purporting to show the moment 22 Afghan commandos were massacred by the Taliban moments after they surrendered.

The footage appears to have been taken in Dawlat Abad on June 16 following a major battle between the Taliban and Afghan forces.

The government had sent an elite team of US-trained commandos - including the son of a retired general - into the town to recapture it, but they quickly became surrounded with air support and reinforcements failing to materialise.

Militants say the commandos were captured after running out of ammunition, but witness accounts from the time and the new footage suggests they were actually gunned down in cold blood.

In the video, which was first shared with veterans network Funker530 last week, men holding weapons can be seen ushering a group of soldiers into a public square.

The soldiers are unarmed and many of them have their arms raised, as their captors yell at them and a couple are forced to kneel on the ground. 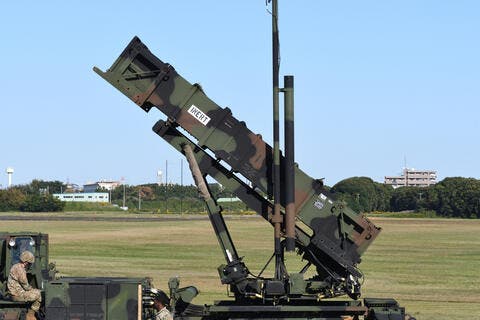 Moments later, to shouts of 'Allahu Akbar', the captors open fire - unleashing a volley of bullets that starts with two gunshots and ends in dozens of rounds being fired.

A second piece of footage then shows bodies strewn across the ground, as men holding rifles strip them of their equipment.