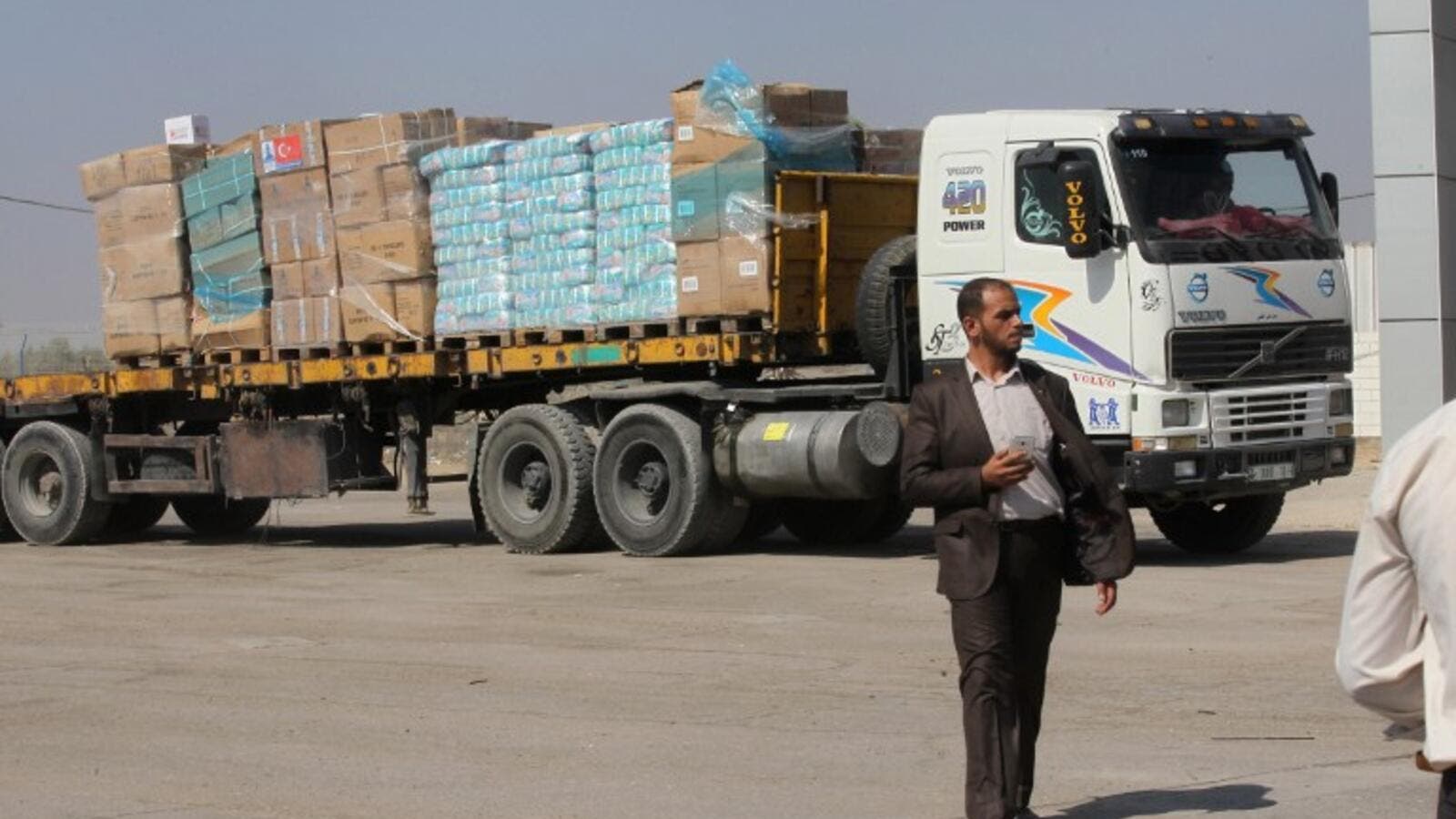 A truck loaded with aid parcels provided by Turkey waits at the Kerem Shalom crossing near Rafah after entering the southern Gaza Strip from Israel on July 4, 2016. (AFP/Said Khatib)

Around 19 trucks carrying Turkish humanitarian aid arrived in the blockaded Gaza Strip on Sunday, according to a Palestinian border official.

The trucks, carrying nearly 800 tons of foodstuff, entered the Palestinian territory via Israel’s Kerem Shalom border crossing, Mounir Ghalban, who oversees the Palestinian side of the crossing, told Anadolu Agency.

According to Ghalban, the aid -- consisting of flour, sugar and rice -- will first be stored in warehouses run by Gaza’s Social Affairs Ministry before being distributed to the strip’s neediest residents.

Since 2007, the Gaza Strip has groaned under a joint Israeli-Egyptian blockade that has deprived the enclave’s roughly 1.9 million inhabitants of their most basic needs, especially food, fuel, medicine and construction supplies.

The latest influx of Turkish aid into Gaza comes within the context of a deal signed last week between Turkey and Israel in which the two agreed to restore diplomatic relations following a six-year hiatus.

Turkish Prime Minister Binali Yildirim has said that Tel Aviv had met all of Ankara’s preconditions for normalizing ties, which were severed in 2010 after Israeli commandos stormed a Gaza-bound Turkish aid vessel.

The attack resulted in the death of nine Turkish activists and left another 30 injured, one of whom succumbed to his injuries nearly four years later.

At the time, Turkey had demanded that Israel officially apologize for the attack, compensate the families of those killed, and lift its longstanding blockade of the Gaza Strip.

Under the terms of last week’s agreement to normalize relations, the two countries will exchange ambassadors and Israel will pay $20 million in compensation to the families of the 2010 flotilla attack victims.

Israel has also agreed to Turkey’s request to maintain a "humanitarian presence" in the blockaded Gaza Strip.