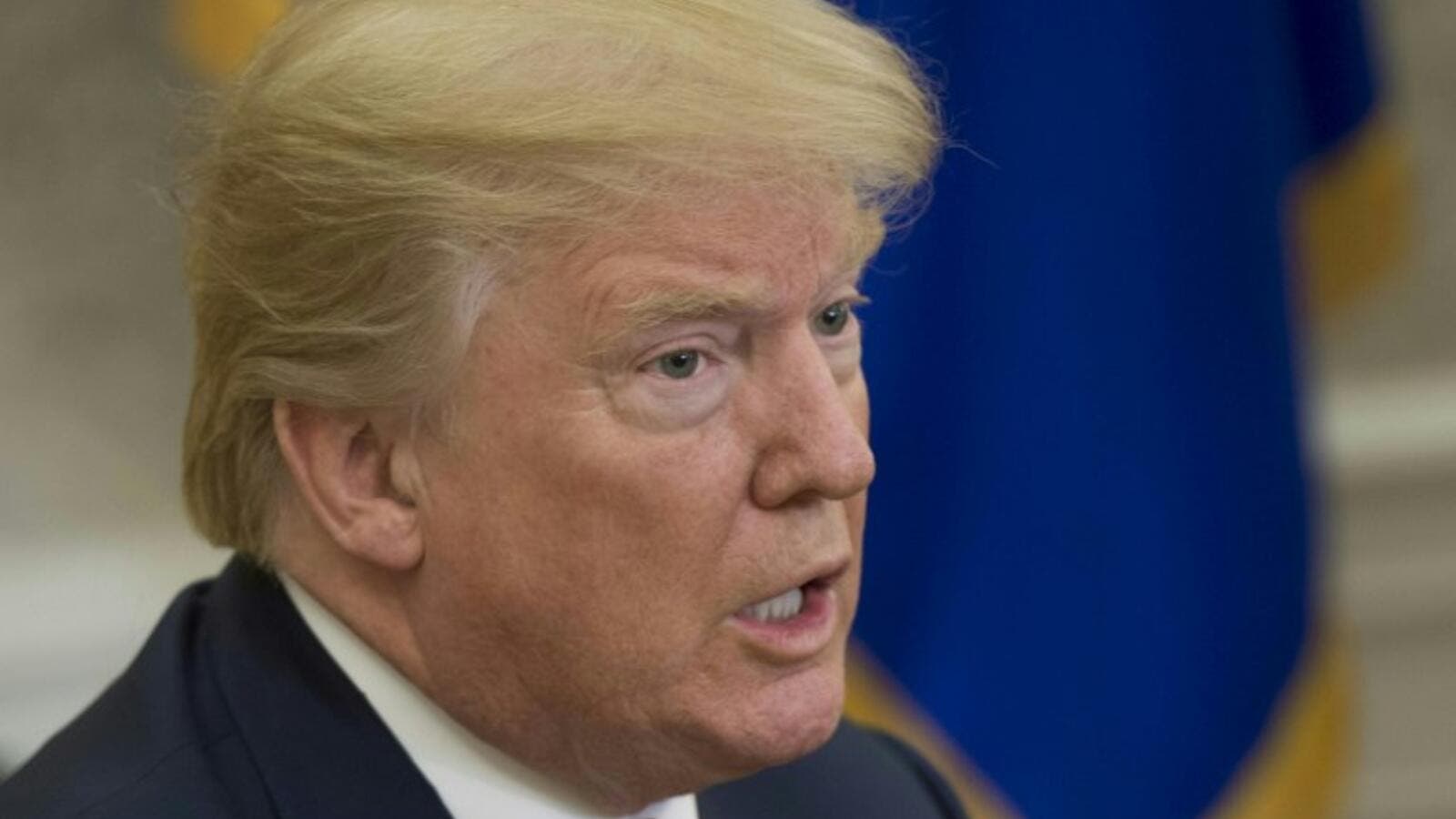 US President Donald Trump speaks to the press in the Oval Office of the White House in Washington, DC, Feb. 9, 2018. (SAUL LOEB / AFP)

President Donald Trump on Friday extended the state of emergency that imposed unilateral sanctions on Libya, a measure imposed by former President Barack Obama nearly seven years ago. The sanctions were put in place to address what Obama considered a threat to U.S. national security posed by Colonel Moammar Gadhafi.

The sanctions also intended to punish Tripoli for violent actions by the Gadhafi regime against Libyan citizens, while protecting assets belonging to the people of Libya.

In his order Friday, Trump said Gadhafi's government and associates took extreme measures against the people of Libya, "including using weapons of war, mercenaries, and wanton violence against unarmed civilians."

"The foregoing circumstances, the prolonged attacks against civilians, and the increased numbers of Libyans seeking refuge in other countries caused a deterioration in the security of Libya and posed a serious risk to its stability," Trump said. "The situation in Libya continues to pose an unusual and extraordinary threat to the national security and foreign policy of the United States."

Obama took action against Tripoli about a week after the start of Libya's civil war in February 2011, an uprising that led to Gadhafi's removal from power and death eight months later. The rationale behind the emergency order was that the instability posed a threat to U.S. interests.

The 2011 civil war ended with Gadhafi's death. A second civil war, started in May 2014, continues today.

Trump said measures are needed to protect diversion of assets or other abuses by members of Gadhafi's family, their associates and others "hindering Libyan national reconciliation."

Obama extended the sanctions several times while in office.