Tug of War in Lebanon as Judges Fight Over Currency Export

Published April 20th, 2021 - 06:49 GMT
Lebanese hold anti-Iran placards during a protest outside the ministry of Foreign Affairs in the capital Beirut on April 17, 2021. ANWAR AMRO / AFP
Highlights
Judge Ghada Aoun was dismissed from an investigation into possible currency export breaches.

A Lebanese judge who defied a decision dismissing her from an investigation into possible currency export breaches has been summoned for a meeting on Tuesday with the country’s Supreme Judicial Council. 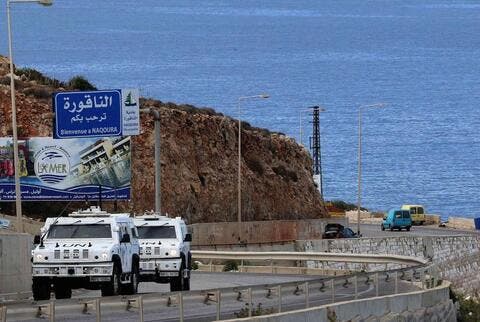 Judge Ghada Aoun, who was referred to the Judicial Inspection Authority because of more than 20 complaints against her, can be deemed incompetent by the vote of five council members and five authority members.

Aoun had been investigating the Mecattaf money exchange company and Societe Generale Bank for allegedly withdrawing US dollars from the market and shipping the funds abroad.

She staged two raids on a currency exchange earlier this month in defiance of the decision from Public Prosecutor Judge Ghassan Oweidat to dismiss her.

In one of the raids she was accompanied by supporters of the Free Patriotic Movement (FPM), the political party led by the president’s son-in-law MP Gebran Bassil.

In the event that Aoun agrees during Tuesday’s meeting to comply with Oweidat’s decision, she will be dismissed from matters related to important financial crimes but will remain in her position as an appellate public prosecutor in Mount Lebanon.Two protests were held outside the Beirut Justice Palace on Monday.

One was by Aoun’s supporters from the FPM. The other was by supporters of Oweidat from the Future Movement, the political party led by Prime Minister-designate Saad Hariri.

The rival protests turned into a clash, with people shoving and beating each other, and one person was wounded.

The army and riot police intervened to separate the protesters and end their sit-ins.

According to one judge, there was a judicial hierarchy that must be respected: “Judge Oweidat requested the dismissal of a judge who is his subordinate, so how could she not comply?”

Aoun, who has become controversial in her handling of judicial files, has become a matter of public and political debate.

Some support the judge in her conduct to expose the corruption of authority, while others consider her to be a tool for the FPM through which it chooses which issues to attack its opponents with.

The Future parliamentary bloc said that what happened with Aoun reflected “contempt for the constitutional institutions and the incitement of some judges to usurp powers” that were not theirs.

Attorney Imad Al-Saba, who is the central coordinator of the lawyers’ sector in the Future Movement, said the party rejected the politicization of the judiciary. “It is our duty to restore the judiciary’s credibility and prestige,” he added.

Systemic corruption in Lebanon has angered the public, with people taking to the streets to protest and saying that graft has devastated the country’s economy.

Amid a dispute between judges Ghada Aoun and Ghassan Oueidat that has broken down on political lines, Lebanon's Alternative Press Syndicate calls for a judicial independence law and for journalists to shed light on corruption cases without getting pulled into political bickering https://t.co/SoC1jTsPjf 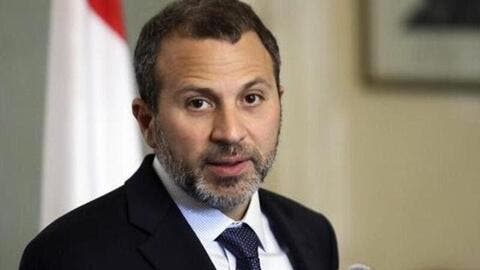 The former president of the Constitutional Council, Issam Sleiman, said that what Oweidat did was against the law. “We are in an unacceptable state of chaos. The judiciary is asleep, several public prosecution offices have not done anything in any of the corruption files, and no corrupt person has been arrested or held accountable. The plundering of public money will not be exposed except through a forensic audit.”

President Michel Aoun has insisted on a financial audit into the accounts of the Banque du Liban. But his opponents are demanding the audit include all state institutions, especially the Ministry of Energy, which is run by ministers affiliated with the FPM.