In biggest protest since Belaid's assassination, Tunisians call for downfall of Islamist government 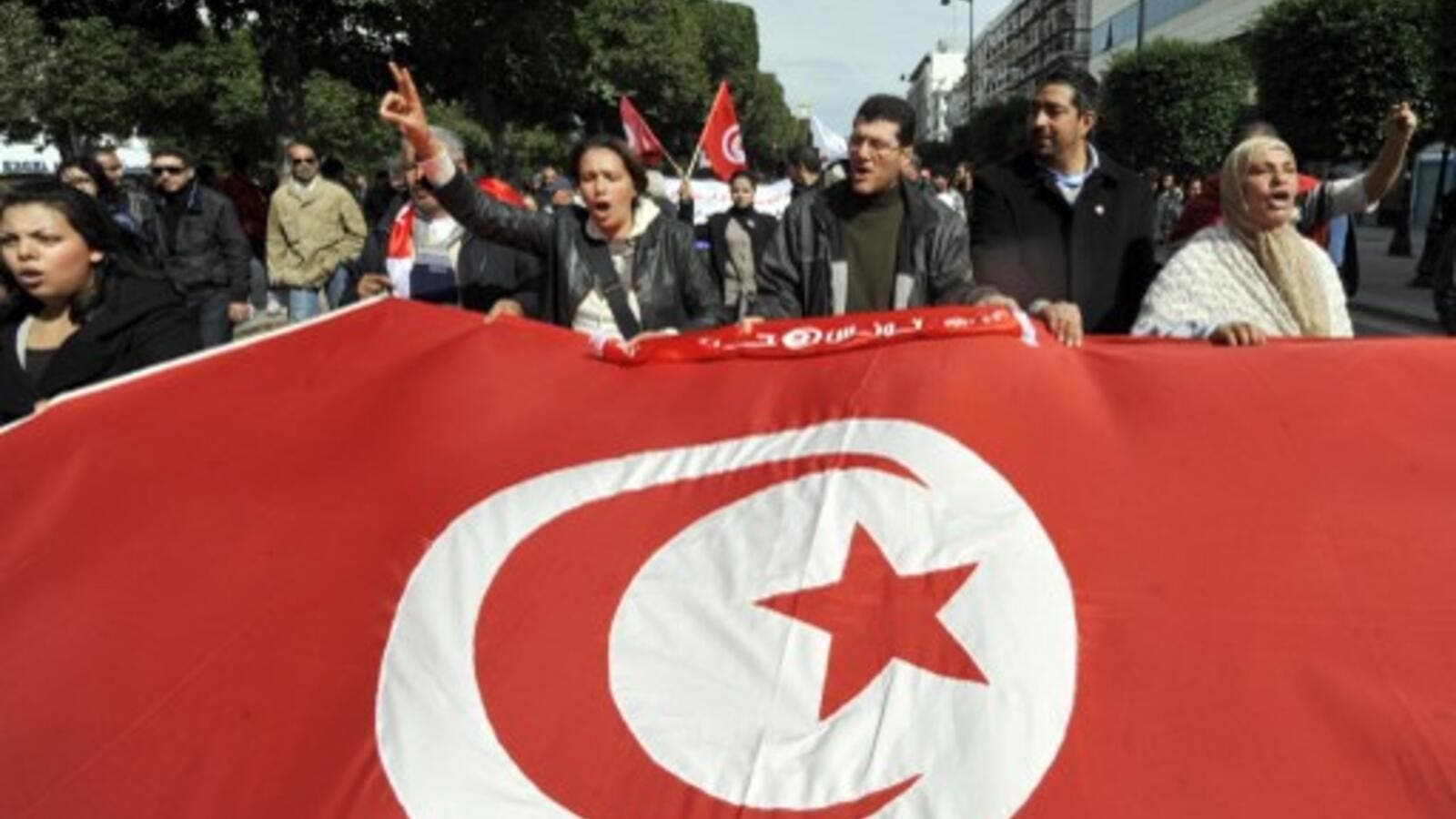 Tunisian people wave a giant national flag during a demonstration to mark the 40th day of mourning after the death of anti-Islamist opposition leader Chokri Belaid (featured on poster) on Saturday on the Habib Bourguiba Avenue in Tunis. (AFP / Fethi Belaid)

Thousands of Tunisians gathered on the streets of the country's capital, Tunis, on Saturday, to call for an end to the ruling Islamist Ennahda party they blame for the assassination of Chokri Belaid.

Protests have spread across Tunisia since Belaid, a leading secular politician, was gunned down outside his home on February 6.

No one has claimed responsibility for the killing but Belaid's family have publicly blamed Ennahda. The party denies involvement and police say the killer was a radical Salafi Islamist.

In a bid to stop the demonstrations, Prime Minister Hamadi Jebali stepped down at the end of last month. But with fellow Ennahda member, Ali Larayedh, in power, the protests have continued.

In the biggest demonstration since the Popular Front politician's death, protestors on Saturday chanted: "Ennahda go," "The people want a new revolution," and "The people want to bring down the regime."

However, the death of an unemployed man who self-immolated last week underscored popular discontent with high unemployment, inflation and corruption under the current rule.