The United Arab Emirates is set to officially inaugurate its embassy in Israel on Wednesday, about a year after the two sides reached a controversial normalization agreement which is denounced as a “betrayal” of the Palestinian cause. 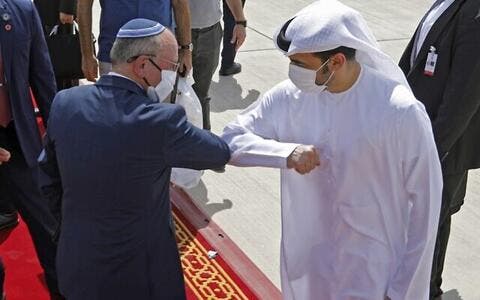 How Normalization Between UAE and Israel Accelerates Drone Warfare

The embassy, which is temporarily located in the Tel Aviv Stock Exchange building (aka the Bursa), was formally opened to little fanfare last month.

It's official: The UAE embassy in Israel will be inaugurated on Wednesday in Tel Aviv

The ceremony will include a reception, ribbon-cutting ceremony, and VIP tour of the embassy.

Israel and the UAE agreed to a US-brokered deal to normalize relations in August 2020.

The UAE and Bahrain signed normalization deals with Israel in a ceremony hosted by then US President Donald Trump at the White House last September. The event was joined by Israeli prime minister Benjamin Netanyahu.

Palestinians have condemned the accords as a stab in their back and a direct affront to their cause to liberate their lands from Israeli occupation.

Earlier this month, the website of Emirates Leaks said that some 5,000 Israelis had obtained UAE citizenship within the past three months after the law on granting citizenship in the Persian Gulf Arab country was amended.

Citing sources, the website of Emirates Leaks revealed an influx of Israelis into the UAE, especially in Dubai and Abu Dhabi under the cover of investment.

The sources said UAE authorities allow the acquisition of citizenship for investors and entrepreneurs without the need to give up their original citizenship.

With an Emirati citizenship, the Israelis would be able to travel to the Persian Gulf and Arab countries without a prior visa, according to the sources. 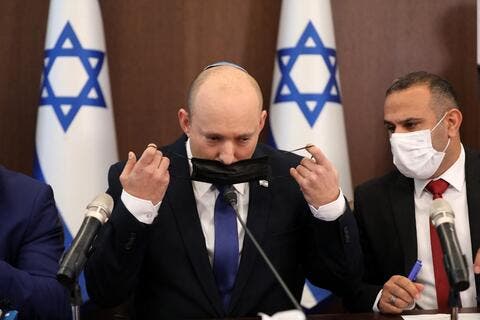 A former adviser to the crown prince of Abu Dhabi warned about the repercussions of the United Arab Emirates’ demographic change, questioning the loyalty of those who have recently obtained the UAE citizenship.

Abdulkhaleq Abdulla, a professor of political science, said that the UAE’s demographic landscape in the next 50 years will be “dysfunctional” and “strange”.