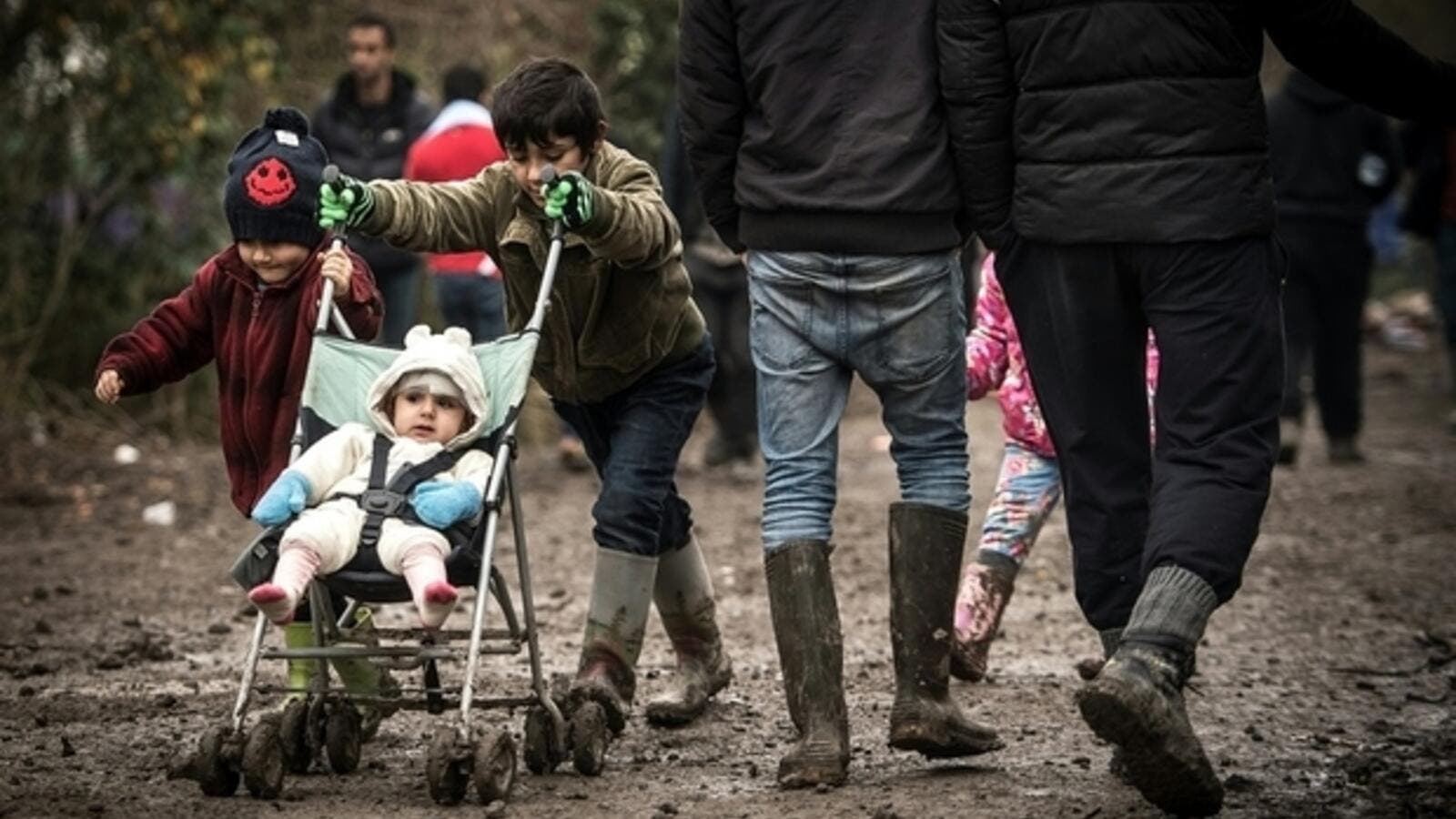 A young boy pushes his sibling through the mud at a makeshift camp close to Calais.0 (AFP/File)

Around 70 children from the so-called Calais “Jungle” have arrived in the U.K. ahead of Monday’s expected closure of the makeshift migrant camp in northern France.

The children arrived under May's “Dubs amendment” to the U.K.’s Immigration Act which allows unaccompanied migrant children in Europe to be relocated in Britain, even if they have no ties to the country.

The amendment was created by Labour peer Lord Dubs, himself a former child refugee who escaped the Holocaust in the former Czechoslovakia by train, arriving in the U.K. in 1939.

The U.K. government has been under pressure since May, accused of not fulfilling promises made under the Dubs amendment.

Previously, the country only granted entry to child refugees with relatives already in the U.K.

Other children who arrived last week have yet to be united with their families. Some have been placed in foster care or detention units to undergo background checks.

French authorities are expected to begin the first stage of demolishing the long-running Jungle camp in Calais on Monday. Some clashes were reported between refugees, migrants and the police in the early hours of Sunday morning.