Published September 25th, 2022 - 08:41 GMT
People arriving from Russia wait at the Mongolian border checkpoint of Altanbulag on September 25, 2022, after the Kremlin announced a partial mobilisation for the war in Ukraine. (Photo by BYAMBASUREN BYAMBA-OCHIR / AFP)

Soldiers going door-to-door in Russian-occupied parts of Ukraine were met with protests during Saturday's second day of referendum voting, official media reported, as the G7 nations condemned the poll as a sham. 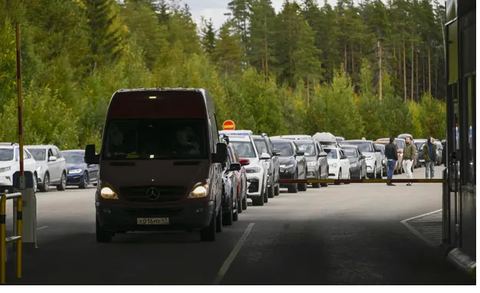 Russians Flee to Avoid The War in Ukraine

Rallies were held in several Ukrainian cities as people urged their fellow residents not to take part in the five-day vote now underway in the Luhansk, Kherson, Donetsk and Zaporizhzhia regions, according to the Ukrinform press agency.

“I did not see any violation of the law, I saw complete freedom,” said Elisio Berliosi, an international observer at the referendum in the DPR on joining the Russian Federation from Italy. pic.twitter.com/JOwXr9HehI

"We oppose the sham referendum in Mariupol. Today we have gathered so that the whole world hears that Mariupol is Ukraine," Mariupol resident Yulia Hryhor told the news service.

The referendums are being held in areas that Russia controls, including Luhansk and Kherson, as well as in regions it partly controls such as Donetsk and Zaporizhzhia. The latter two make up the Donbas in eastern Ukraine, a region where pro-Russia separatists have been living for years and fighting the Ukrainian government in Kyiv.

"You have to answer verbally and the soldier marks the answer on the sheet and keeps it," one woman in Enerhodar told the BBC, while others said people were being given one ballot per household in some cities, not per person.

The soldiers are only there for "security" reasons, Russia's state media reported, adding that Sept. 27 will be the only day for in-person voting.

RELATED
U.N. investigators report rape, torture of children among Russian war crimes
The leaders of the Group of Seven nations, meanwhile, condemned the "sham" referendums in a statement issued late Friday as Moscow looked to quickly annex parts of Ukraine, as it did in Crimea nearly a decade ago.

Wow once the Referendum in Luhansk, Donetsk and Zaporizhzhia voted to join Russian Federation. Any attack by #Ukraine on these areas will be a direct attack on Russia. Yeah babe, take a walk on the wild side with me, doo doo doo doo doo pic.twitter.com/8V2cM365vC

"We, the Leaders of the Group of Seven (G7), strongly condemn the sham referenda that Russia attempts to use to create a phony pretext for changing the status of Ukrainian sovereign territory, which is subject to an ongoing Russian aggression. These actions clearly breach the United Nations Charter and international law and go diametrically against the rule of law among nations," the group said in a statement.

"These sham referenda initiated today by Russia and its proxies have no legal effect or legitimacy, as demonstrated by Russia's hasty methods of organization, which in no way respect democratic norms, and its blatant intimidation of local populations."

Ukrainian President Volodymyr Zelensky called on newly-recruited Russian soldiers on Saturday to revolt and help sabotage the army from within by sharing intelligence with Kyiv. 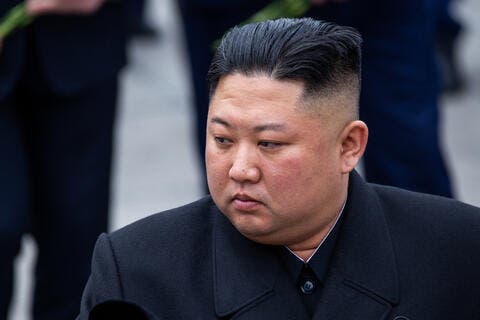