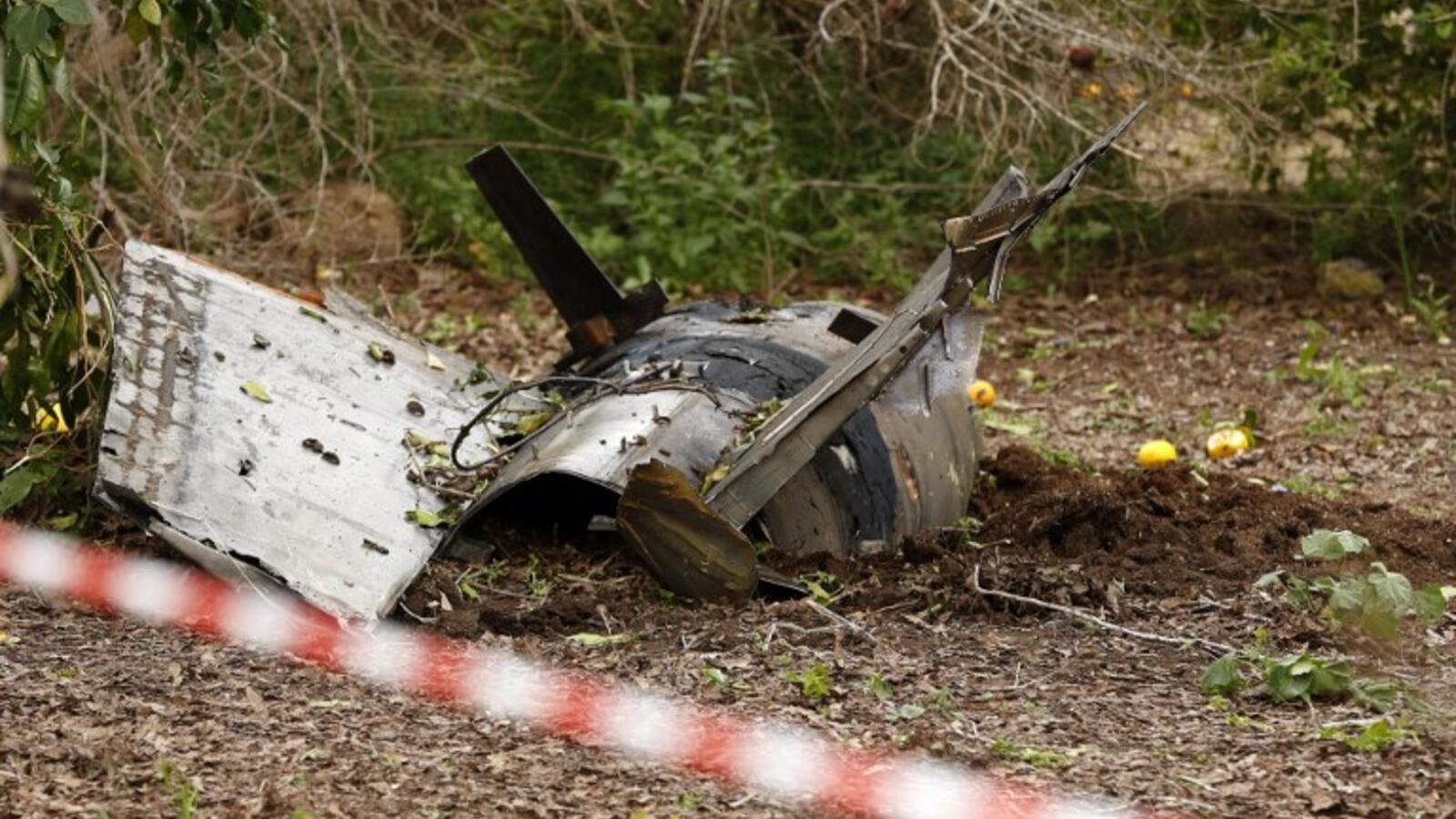 A picture taken on Feb. 10, 2018, shows the remains of a missile that crashed earlier in Alonei Abba, east of Haifa, in northern Israel. Israel struck a dozen Syrian and Iranian targets inside Syria in "large-scale" raids after an Israeli fighter jet crashed under fire from Syrian air defences in a severe increase in tensions, the military said. (Jack GUEZ / AFP)

The U.N. High Commissioner for Human Rights on Saturday called for international action to stop one of the bloodiest period of the Syrian conflict with 277 civilians killed in the past week.

Zeid Ra’ad Al Hussein said in a statement: ''The past week has been one of the bloodiest periods of the entire conflict, with wave after wave of deadly air strikes leading to civilian casualties in areas of Eastern Ghouta and Idlib."

He added 230 civilians had been killed in air strikes by the Syrian regime and its allies in Eastern Ghouta and Idlib regions.

The statement added some 350,000 people are trapped in Eastern Ghouta, a suburb of Damascus, where 210 civilians have been killed including more than 50 children and 42 women from Feb. 5-8.

At least nine medical facilities, six of them in Idlib and three in Eastern Ghouta, were hit by recent air strikes, he said.

He added that death and destruction in Idlib, Eastern Ghouta and Damascus constitute war crimes.

About allegations that the Syrian regime used chemical weapons in Idlib, Hussein said the U.N. had received reports -- including a video footage suggesting toxic agents may have been used during strikes on a residential area in eastern Saraqab city on Feb. 4.

Syria has been locked in a devastating civil war since March 2011, when the Bashar al-Assad regime cracked down on pro-democracy protests with unexpected ferocity. While U.N. officials say hundreds of thousands of people have been killed in the conflict, Syrian regime officials say the death toll is closer to 10,000.