The UN Security Council Slams The Myanmar Massacre of 35 People

The United Nations Security Council has condemned the massacre in Myanmar of more than 35 people, including four children and two humanitarian workers, blamed on junta troops. 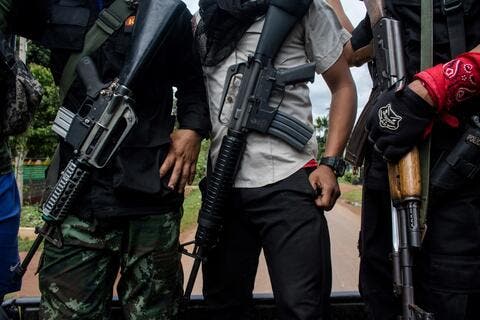 The killings took place on a highway in eastern Kayah State, where anti-junta rebels have been fighting the military, on December 24.

In a statement released on Wednesday, the members of the Security Council called for the immediate cessation of all violence and emphasized the importance of respect for human rights and of ensuring the safety of civilians.

this past week: christmas eve massacre in myanmar. stand news ceasing operations in hong kong. memorial shutting down in moscow.
idk how else to express my sorrow except to say that we see you and stand with you#WhatsHappeningInMyanmar #StandnewsHK #МыМемориал pic.twitter.com/fcttqFFUI1

They also underscored the need for “safe and unimpeded humanitarian access to all people in need, and for the full protection, safety and security of humanitarian and medical personnel.”

The members of the Security Council reaffirmed their support for the sovereignty of Myanmar.

Earlier in the week, the UN Children’s Fund (UNICEF) had condemned the killings, saying it was “shocked and saddened” by the reported killing and burning of victims at a time when many prepared to celebrate Christmas.

The two humanitarian staff, who worked for Save the Children, were on their way home to celebrate the holiday with their families on December 24 but decided to return to office to respond to humanitarian needs in a nearby community.

Credible reports suggested that four underage people were killed, including two 17-year-old boys, a teenage girl, and a child approximately aged five whose gender was not mentioned.

Photos of the purported aftermath of the Christmas Eve massacre in Moso, just outside Hpruso Township in Kayah State, where refugees were sheltering from an army offensive, have spread on social media in Myanmar, fueling outrage against the junta, which seized power in February.

Photos showed the charred bodies of over 30 people in three burned-out vehicles.

Myanmar junta troops rounded up villagers, including women and children and members of Save the Children, killed 35 of them, and burned their bodies in Kayah state. This massacre took place on Christmas eve. pic.twitter.com/6XRNYytNL5

Myanmar has been in turmoil since its military overthrew former leader Aung San Suu Kyi’s government in February 2021, with widespread protests demanding the restoration of civilian rule. More than 10,700 civilians have so far been detained and 1,300 killed by security forces since the military seized power, according to a local monitoring group. 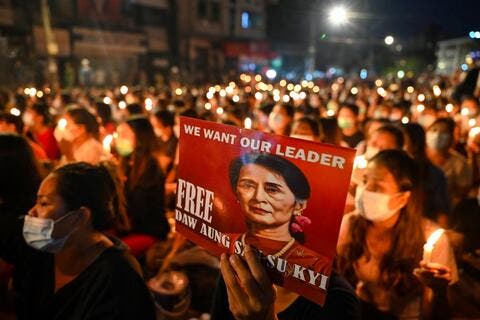 During the rule of Western-backed Suu Kyi, Myanmar’s military engaged in the ethnic cleansing of Rohingya Muslims in the country. Starting in 2017, thousands of Rohingya Muslims were killed, raped, tortured, or arrested by the military, according to the UN, which has described the Rohingya as the most persecuted minority in the world.