US May Remove Iran Sanctions if a New Deal is Inked

The Biden administration is weighing whether to remove the feared  Islamic Revolutionary Guard Corps from terror lists and to lift other sanctions as he tries to deliver a new nuclear deal. 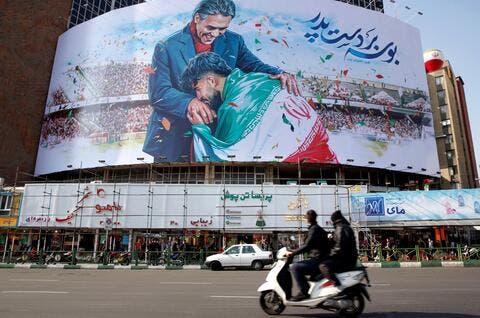 It is one of the most controversial concessions offered by Rob Malley, the State Department's special envoy to Iran, at a time when talks are in a critical phase.

The Trump administration declared the IRGC to be a terrorist organization in 2019, accusing it of providing funding, training and equipment to other groups worth one billion dollars each year.

Less than a year later, General Qasem Soleimani, the commander of its Quds force, was killed in a US drone strike.

Details of the plan to delist the group emerged in a lengthy Twitter thread posted by former State Department appointee Gabriel Noronha, who said he had been authorized to reveal details of discussions by disgruntled former colleagues.

'This is a long and technical thread, but here’s what you should know: the deal being negotiated in Vienna is dangerous to our national security, it is illegal, it is illegitimate, and it in no way serves U.S. interests in either the short or long term,' he wrote.

In particular he revealed that Malley had been pushing to remove sanctions on the Revolutionary Guards.

He received pushback from other officials.

'That hasn't stopped him,' continued Noronha.

'Malley has proposed to the Iranians that the U.S. will remove the IRGC from the Foreign Terrorist Organization list & sanctions if the Iranians simply promise to talk to the United States in new negotiations about their "regional activity" (aka terrorism).'

The result, he said, was anger among some officials.

'What’s happening in Vienna is a total disaster,' one warned.

A senior Western diplomat, familiar with the state of talks in Vienna, confirmed that Iran initially asked Malley for the concession and that he had been pushing Washington to accept.

With the world now distracted by Ukraine, some analysts worry that the Biden administration could agree to weaker terms.

At stake is a return to a deal that would limit Iran's nuclear program in return for a lifting of sanctions.

A 2015 agreement, known as the Joint Comprehensive Plan of Action, or JCPOA, imposed limits on the production of enriched uranium.

But the US withdrew in 2018 after Trump called it the 'worst deal ever.'

Conservatives said Iran was not respecting the spirit of the agreement by fomenting unrest in the Middle East and developing missile technology.

Talks on reviving the deal resumed in Vienna at the end of last year and have now reached what all sides agree is a critical moment.

However, the US negotiating team has been buffeted by resignations over Malley's stance.

Richard Nephew, the Deputy Special Envoy for the State Department's negotiations with Iran, left his role after urging the administration to adopt a tougher position in January.

Noronha, a political appointee at the State Department who was later fired by Trump for criticizing the former president over the Jan. 6 violence, said his former colleagues were worried that Iran was gaining the upper hand.

He claimed that an executive order, sanctioning members of the Iranian Supreme Leader's Office was also on the table, and could by rescinded as soon as Monday.

The White House National Security Council did not respond to a request for comment.

JUST IN: Biden Admin Relying on Russia To Finalize Iran Nuclear Deal as Putin Invades Ukraine -- Biden "rushing to finalize a deal with Iran, brokered by Russia, that it does not want Congress to review, in violation of US law," @RepMcCaul tells me https://t.co/5iSVYBDOQz

A spokesman for the State Department said it was not prepared to negotiate in public.

'We are prepared to make difficult decisions to undo the previous administration’s failed "maximum pressure" policy, which has led to an escalating nuclear crisis and to greatly increased threats to U.S. citizens, interests, and partners in the region,' he said.

The IRGC was accused of being an 'active and enthusiastic participant in acts of terror,' when it was designated a terrorist group - including the 1983 bombing of the U.S. Marine barracks in Beirut, which killed 241 US personnel, and the 1996 bombing of the Khobar Towers complex in Saudi Arabia, which killed 19 US Air Force service members.

Today it is accused of arming rebel groups or other terrorist organizations in the Middle East.

In December, two huge shipments of arms - including 171 surface-to-air missile and eight anti-tank missiles - were seized from vessels en route to supply Houthi rebels in Yemen.

The idea of lifting the terrorism designation has infuriated Washington's ally Israel.

Israeli Prime Minister Naftali Bennett recently said there remained a huge distance between the US and Iran in talks.

'And to cap the Chutzpa — Iran is demanding to delist The IRGC,' he said according to Axios.

'Do you understand? They are now asking to let the biggest terror organization on earth off the hook.'

However, supporters of the deal say that it was always the case that Trump-era sanctions would be lifted. 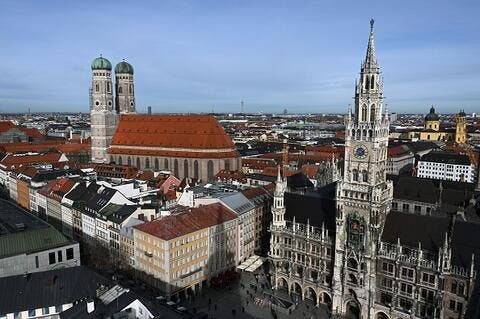 And Barbara Slavin, director of the Future of Iran Initiative at the Atlantic Council, said many of the individuals and organizations would remain sanctioned under other authorizations anyway.

'Do we want Iran to slow down their nuclear program or not? This deal is worth having,' she said.