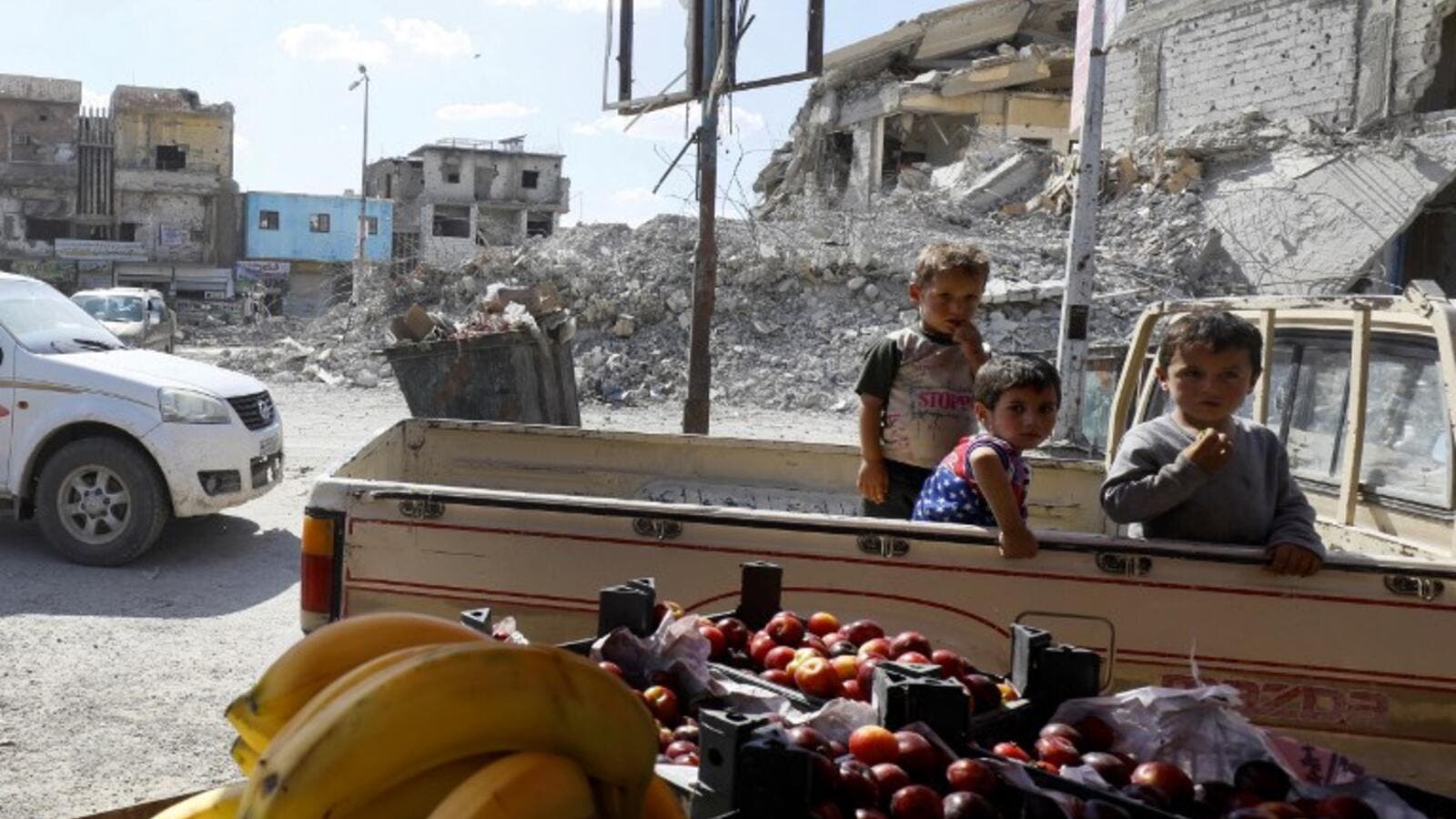 Children ride in the back of a pickup truck at a vegetable market in the Syrian city of Raqa on May 17, 2018, during the holy month of Ramadan. The Syrian Democratic forces (SDF) recently drove the Islamic State (IS) group out of large parts of northern and eastern Syria, including the onetime jihadist capital of Raqa, with help from the coalition's air strikes, weapons and special forces advisors. (DELIL SOULEIMAN / AFP)

Millions of civilians in Syria have entered their eighth Ramadan amid ongoing attacks by the regime and its allies. Tens of thousands of refugees who took shelter in camps near the Turkish border have been provided with humanitarian assistance.

Aid organizations have set up makeshift kitchens in refugee camps and distributed food to needy civilians. Hundreds of families in Idlib’s Rahma camp broke their Ramadan fast Thursday evening thanks to this assistance.

Nevjav al-Hidir of the Ataa Institute, an NGO that sends aid to the camps, told Anadolu Agency that they had been distributing iftar (breakfast) packages since Ramadan began earlier this week.

“Our main priority is to help widows and orphans. Today, we delivered food packages to 120 families,” he said.

Fatma al-Juma, who lives in a refugee camp, said she was happy to celebrate Ramadan this year.

“Everyone in the camp is looking forward to getting help from the aid organizations. Some families can only enjoy iftar if they receive help,” she added.

Having lost her husband to an earlier regime attack and now raising her three children by herself, al-Juma said: “I don't know how much longer I will stay here. Every day, we pray to go back to our homes.”

Turkey currently hosts over three million Syrian refugees -- more than any other country in the world. It has spent $25 billion in sheltering refugees since the Syria conflict began.

Since then, hundreds of thousands of people are believed to have been killed and millions more displaced by the conflict.