What Are Russia's Strategic Goals in The Ukraine War?

Putin’s Ukraine expedition has not gone as Moscow initially wished, but experts think Russia is not doing as badly as the Western media reports. 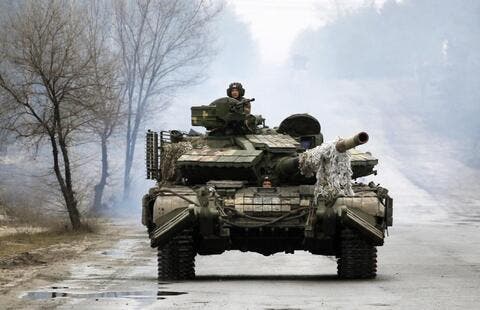 As the Ukraine war entered its second week on March 4, Russia channelled 95 percent of its amassed firepower into Ukraine from different directions in a bid to force its rivals into submission. But Ukrainians put up a stiff resistance, preventing the world’s second-biggest army from declaring a quick win.

After nearly two weeks of brutal fighting, Russian forces are struggling to capture Ukraine’s major population centres, like the capital Kiev and Kharkiv in the east. Russia's President Vladimir Putin expected Kiev to capitulate to Moscow just like the Crimean Peninsula, quick to surrender to the Russian forces in 2014.

The real aim of the Russian army is to take over the western borders of Ukraine to cut supply lines of the country from Poland and Romania. Then, the Ukrainians would be left with Russia as their sole source of food and medical supplies
By @Readingavenue https://t.co/eTJqtodiVa

Yet, according to some experts, Russia's slow and expensive advance in Ukraine should not be misconstrued as a total failure of Moscow’s military goals.

“The coverage of the war is focusing almost exclusively on the tactical level of war. Moreover, we are only seeing the Ukrainian side of the fighting, reported by journalists sympathetic to the defenders. Frankly, I just do not believe that the Russians are doing as badly as the western media is reporting,” says Edward Erickson, a former American military officer and a retired Professor of Military History from the Department of War Studies at the Marine Corps University,

“At the operational level of war, looking at Russian operations as an integrated campaign, the Russians seem to be doing well. They are advancing on multiple axes of advance and making substantial gains on a daily basis,” Erickson tells TRT World.

Last week, the Russian army connected the annexed Crimean Peninsula to the Donbas region, the pro-Moscow separatist enclave in eastern Ukraine. This week, they appear to be pushing on Odessa, a crucial Black Sea port city of Ukraine. According to Erickson, all these developments show that the Russians are making substantial gains in south Ukraine.

“They have isolated Kharkiv, and I think they will isolate Kiev soon. For a fact, they have not brought their vast firepower resources to bear en masse anywhere, and we have not seen the VVS [Russian air force] mount major operations yet,” says Erickson.

Ioannis Koskinas, a senior fellow at the international security program of New America, an American think-tank, shared a view similar to Erickson's.

“Most often, commentators focus on the Russian Federation’s intent of capturing large portions, if not all, of Ukraine. As far as I can tell, the consideration of the timing of various phases should be secondary to the achievement of objectives,” Koskinas says.

“Put another way, it appears as if Russia has captured territory in the east and south and is converging on Kiev and some of the other large cities, but it’s moving deliberately.  Whether that is to protect supply lines, shortage of fuel, or simply slow on purpose, to wear out defenders, is hard to tell from publicly available information,” Koskinas, a former US military officer, tells TRT World.

But other experts still believe that Russia is not doing well, particularly in the north and east, where a significant Russian population lives.

“I am surprised at the lethargy of the Russian assault; it seems to be slow and plodding up north. In the east, they're getting their butts handed to them,” said Mike Repass, a retired US Army Major General, who trained and advised the Ukrainian army.

But Repass agrees with Erickson regarding the Russian invasion in the southern Ukraine, where Moscow seems “to be making steady progress.”

What is the Russian military strategy?

“I think that occupation of Ukraine along the Kiev-Odessa line, including the small Black Sea coastal appendage west of Odessa, is achievable given what we know Russia has committed to date,” he replies.

“There isn't enough Russian infantry to assault and seize major cities with millions of angry weaponised citizens,” he adds, referring to Ukrainian civilian defence forces, which have been formed across the country to fight back against Russian invaders.

While Russia has a vast military force compared to Ukraine, it won't be easy to occupy a large territory such as Ukraine, the second-biggest country in Europe after Russia, with more than 40 million people.

Believing that Ukrainians would not resist and they would be in Kiev in 48 hours, Moscow has been hesitant to use combined elements of its air force and infantry in a simultaneous manner against Ukraine, a country whose population has deep historical and ethnic ties with Russia, according to Henrik Paulsson, a professor of war studies at the Swedish Defence University.

This approach might cost Russians a lot if Ukraine’s current fierce resistance continues. But Erickson believes that Russia is doing a slow-motion invasion, forcing Ukrainian cities into surrender step by step.

“Hence my calculus that encirclement, followed by electronic and physical isolation, cutting off communications, electricity, energy, water, food, and medical resupply, followed by sustained heavy bombardment by artillery, rockets, and bombing will force the surrender of major cities. Russia doesn't need to take cities by force; they need cities to surrender,” he views.

According to Repass, the aim behind attacking Ukrainian communication infrastructure is to separate people from their government in psychological warfare and “to create mass shock and panic in the society,” making governance an unmanageable task for Kiev.

Also, by forcing people to flee from Ukraine, the Russian invasion will create huge waves of refugees hitting European countries, spreading fears of destabilisation across the EU.

But the real aim of the Russian army is to take over the western borders of Ukraine to cut supply lines of the country from Poland and Romania, the two NATO states. Then, the Ukrainian population would be left with Russia as their sole source of food and medical supplies.

“When the time comes for the Russian army to fight to force Ukrainian cities to surrender, it will fight hard with massive indirect fires, and it will be fully supported by the Russian air force, which has been conspicuously absent so far. This will be a terrible thing,” Erickson says.

Ioannis also thinks that “prior to any advance into cities, Russia will launch heavy barrages of aircraft bombing” backed by cluster munitions, rockets and artillery. “Unlike the five-day war in Georgia, in 2008, this conflict in Ukraine will be more like Grozny [Chechnya] and Aleppo [Syria], with heavy targeting of cities, purposely displacing vast numbers of civilians.”

Erickson also believes that Valery Gerasimov, the Russian army chief, who has kept his seat since 2012, is a “brilliant” general. “I have been following him since 2014. I think the Russian campaign plan surely has achievable strategic objectives, and Gerasimov has balanced the operational ends-ways-means necessary for success.”

But other Western experts believe that the Russian army is failing in the Ukraine war, even calling it “a paper tiger”. Nevertheless, they still concede that because it’s so big, it could prevail anyway in the end, in the absence of NATO’s willingness to go to war with Russia for Ukraine.

Is the Russian army losing its discipline?

Erickson participated in the US invasion of Iraq and witnessed a lot of problematic American behaviour, which is similar to the current attitude of invading Russian troops, who were spotted looting Ukrainian banks and other facilities.

But Erickson does not believe that looting itself can prove the indiscipline of Russian troops.

"When I got up to the Baghdad Airport in 2003, the 3rd Infantry Division had arrived before me. The duty-free section was cleaned out by US soldiers, especially the Rolex and Gucci level shops. I mean cleaned out. Bad optics for sure, but not a generalised reflection of discipline in the US Army in '03,” he says.

Erickson also does not buy the general perception that Russians are deliberately targeting civilian infrastructure. 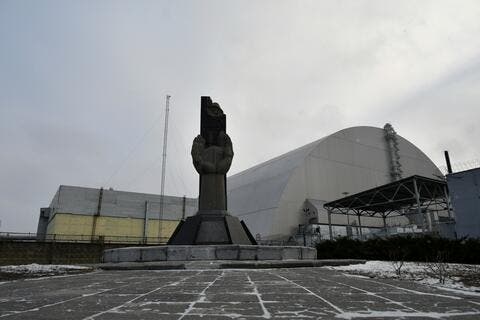 Why is The IAEA 'Seriously' Worried About Chernobyl?

“We also targeted TV towers and public buildings in 2003. I am not convinced yet, that Russia is deliberately targeting civilians or non-military and non-government buildings. For sure, Russia is trying to knock out Ukrainian communications and military & governmental command & control capabilities,” he says.

“I'm not defending the Russian army. I am just pointing out that watching a war doesn't necessarily equate to understanding what is really happening,” he adds.