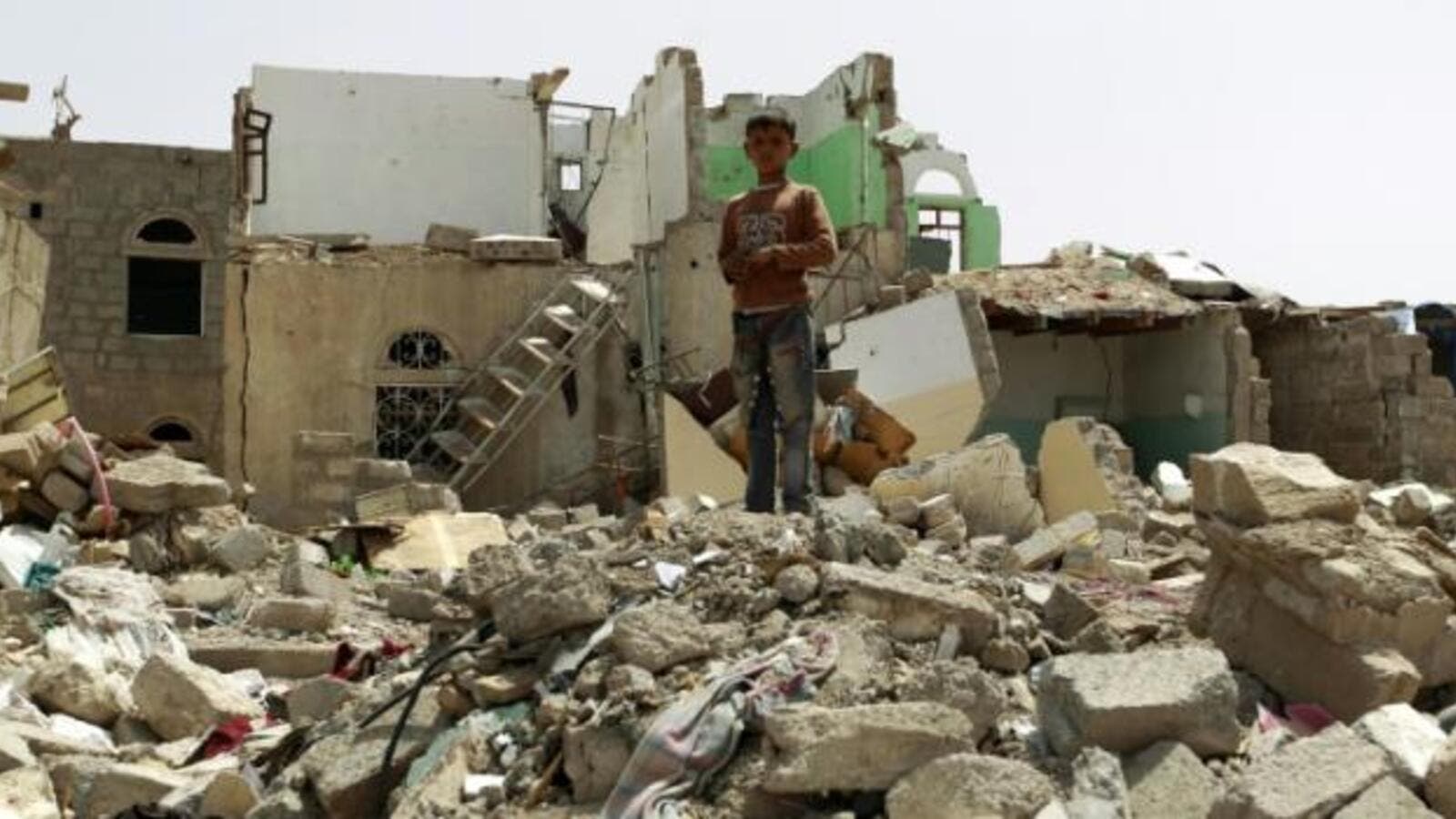 A child walks through the rubble after an airstrike in Taiz, Yemen. (AFP/File)

At least 13 people have been killed in fighting between pro-government fighters and Houthi militants in central Yemen Wednesday.

According to al-Majidi, scores of Houthi militants were killed and injured in the clashes in which a number of Houthis were captured by pro-government fighters.

Meanwhile, six Houthis were reportedly killed in attacks by pro-government forces in the central Al-Bayda’ province.

Two Houthi militants were also killed in an ambush by pro-government forces in western Al-Bayda’, he said.

The Houthi group has yet to confirm the casualties.

Yemen has been racked by chaos and bloodshed since late 2014, when the Houthis and their allies overran capital Sanaa and other parts of the country, forcing President Hadi and his Saudi-backed government to temporarily flee to Riyadh.

In April of this year, the Yemeni government and the Houthis entered into UN-sponsored talks in Kuwait aimed at resolving the conflict, in which more than 6,400 people have been killed and an estimated 2.5 million forced to flee their homes.

By Murad al-Aurifi and Mohamed Sabry