Published May 4th, 2021 - 06:11 GMT
A picture taken on May 3, 2021, the aftermath of flash floods in the city Tarim in Yemen's central province of Hadramawt. Four people have been killed in flash floods following heavy rains in the historic Yemeni city of Tarim, state media said. The city, located in the central province of Hadramawt, is best known for its mud-brick structures and more than 360 mosques including Al-Mehdar, which has the tallest minaret in the country. STR / AFP
Highlights
Officials launch urgent appeal for relief aid as floodwaters halt vaccine drive

Heavy flooding in southeast Yemen has left five people dead and hundreds homeless as the war-torn country battles a new wave of coronavirus. 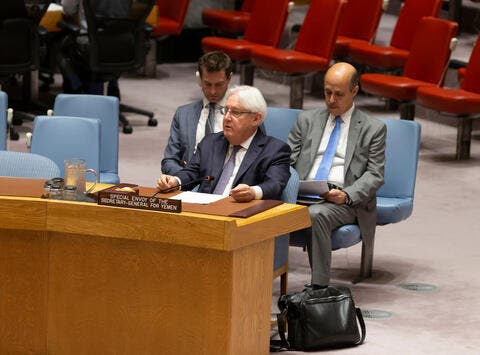 Most of the deaths occurred on Sunday in the southeastern province of Hadramout, where heavy rains triggered flash floods that killed five people, injured two and destroyed at least 10 houses in Tarim’s Aideed district.

Residents told Arab News that floodwaters swept through parts of the city, washing away houses, cars and livestock.

A family of three were killed by falling debris after a house collapsed in the torrent.

Officials believe that the damaged and destroyed houses were built near or on watercourses.

Usam Al-Katheri, deputy governor of Hadramout, said on Monday that he had set up a committee to question officials who approved licenses for building the houses.

More than 80 families have been displaced from their homes, he added.

Floodwaters also covered farms and land in Lahj, Aden and Shabwa provinces, but no deaths were reported.

On Monday, the country’s National Meteorological Center issued a warning against driving through Yemen’s central highlands or southern and western coasts.

Many houses in the UNESCO-listed oil city of Sanaa and the walled city of Shibam, in Hadramout province, crumbled in the heavy downpours.

Health officials repeated their concerns about a resurgence of those diseases in Aden and other floods-hit areas as floodwaters halted a vaccination campaign to contain a new wave of coronavirus.

Dr. Ishraq Al-Subaee, a spokesman for the Aden-based National Coronavirus Committee, told Arab News on Monday that many Yemeni provinces have delayed vaccination campaigns because mobile medical teams are unable to reach health facilities due to the flooding.

“We are also concerned about the groundwater left by the rain in districts and streets. Those are breeding sites for mosquitoes,” she said.

Despite the heavy rains, the National Coronavirus Committee said that new cases of COVID-19 have fallen in recent days. 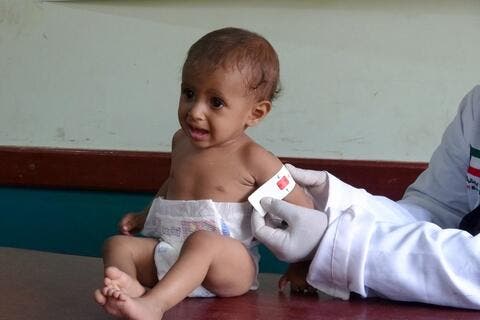 Yemen’s Health System on Breaking Point Due to The Coronavirus

On Sunday, the committee recorded 16 news cases and four deaths, bringing the total number of confirmed cases since April 2020 to 6,341, including 1,233 deaths and 2,875 recoveries.

The following day eight new cases and three deaths were recorded, the lowest number of cases since February.