Published October 3rd, 2022 - 11:51 GMT
Ukrainian President Volodymyr Zelenskyy delivers a speech by video conference at the start of a two-day International conference on reconstruction of Ukraine, in Lugano on July 4, 2022. (Photo by MICHAEL BUHOLZER / KEYSTONE / AFP)

Ukrainian President Volodymyr Zelensky on Sunday praised the support of neighboring countries after Ukraine submitted an application to join NATO. 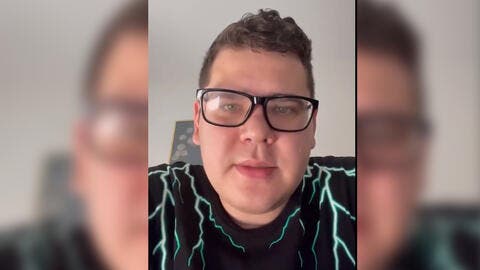 Russian Singer Kills Himself to Avoid Fighting in Ukraine

"Grateful to our neighbors, countries of central and eastern Europe, for backing Ukraine's membership in NATO and condemning Russia's attempt to annex Ukraine territories," Zelensky said in a statement on Twitter.

The presidents of the Czech Republic, Estonia, Latvia, Lithuania, North Macedonia, Montenegro, Poland, Romania and the Slovak Republic said issued their statement of support as they could no longer "stay silent in the face of the blatant violation of international law by the Russian Federation."

The heads of the NATO nations said that they all have visited Kyiv amid the war and have witnessed the effects of the Kremlin's aggression.

"We reiterate our support for the sovereignty and territorial integrity of Ukraine. We do not recognize and will never recognized Russian attempts to annex any Ukrainian territory," they said. "We firmly stand behind the 2008 Bucharest NATO Summit decision concerning Ukraine's future membership."

The Ukrainian president announced Friday that the country has applied for membership in the NATO alliance -- a move that comes with steep hurdles, including the unanimous approval of all 30 members.

"We are taking our decisive step by signing Ukraine's application for accelerated accession to NATO," Zelensky said in a statement Friday.

Zelensky alleged in the statement that Russia would have continued its aggression into other countries including Poland, Moldova, Georgia and Kazakhstan if Ukraine had not been so successful in defending itself.

Zelensky pushed for an "accelerated procedure" to join the alliance, noting that Finland and Sweden together started the accession process after Russia invaded Ukraine this year "without a Membership Action Plan."

"This is also fair for Ukraine. This is the consolidation at the level of the treaty of what has already been achieved in life and what are our values," Zelensky said.

The decision to apply for NATO membership has roots from well before Russia invaded Ukraine on Feb. 24.

In the 1994 Budapest Memorandum, Russia agreed with the United States and Britain to commit to respect the sovereignty of Ukraine if the country were to transfer its inherited Soviet nuclear weapons to Russia for decommissioning.

Then in 2008, NATO promised to give Ukraine full membership, which Putin has long seen as a threat to Russia. Ukraine and Russia have been engaged in ongoing disputes and conflict since Russia illegally annexed Crimea from Ukraine in 2014.

Ukraine joined NATO as a partner in June 2020 but does not currently benefit from collective defense agreements.

Russia sent documents to NATO and the United States on Dec. 17 demanding that the international military alliance deny membership to former Soviet countries including Ukraine and scale back military forces in central and eastern European countries.

"This is the largest attempted annexation of European territory by force since the Second World War. Another 15% of Ukraine's territory. An area roughly the size of Portugal. Illegally seized by Russia at gunpoint," Stoltenberg said.

"The sham referendums were engineered in Moscow and imposed on Ukraine, in total violation of international law. This land grab is illegal and illegitimate. NATO allies do not, and will not, recognize any of this territory as part of Russia."

Stoltenberg reiterated that NATO is "not party to the conflict" but provides "support to Ukraine so it can uphold its right for self-defense, enshrined in the U.N. Charter."

"Ours is a defensive alliance. We stand united and determined to defend and protect every NATO ally, and every inch of allied territory," Stoltenberg said.

Germany, Norway and Denmark -- all NATO members -- on Sunday announced that the countries would jointly finance 16 Slovakian howitzers for Ukraine.