Russian Singer Kills Himself to Avoid Fighting in Ukraine

Russian singer Ivan Vitalievich Petunin, 27, committed suicide and shares a video with his fans explaining why he killed himself. The Russian rapper, who is well-known as “Walkie”, posted a video saying: "If you are watching this, then I am no longer alive". 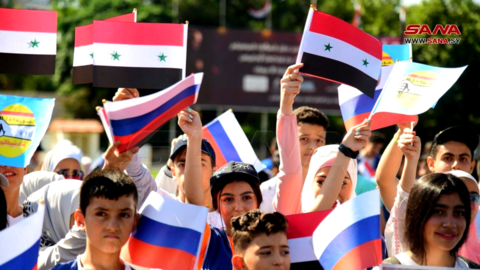 In the video shared, the singer said that he killed himself to avoid being sent with the Russian army to Ukraine to join the war which started seven months ago following Russian President Vladimir Putin's decision for a 'special military operation' in Ukraine.

His video should be everywhere.

The Russian singer appeared in a two-minute clip explaining that he is against the war in Ukraine and decried the partial mobilization decision ordered by Putin saying that he can't commit the 'sin of murder' adding: 'to murder someone whether in war or otherwise is something I can't do'.

Ivan further continued that he thinks that in a few days the partial mobilization will turn to become full. The Russian rapper said the last decision he will be able to make is how to end his own life.

Days earlier, Putin announced ordered the partial mobilization of the Russian population, including calling military reservists into active service and a boost to weapons production. The Russian president's decision to mobilize 300,000 troops for the war in Ukraine has caused fears forcing hundreds of people to leave Russia.

Multiple videos were shared on social media some showing a huge line of cars trying to leave the country, while others showed people on the border with Georgia trying to escape the country following Putin's partial mobilization decision.