Published September 5th, 2021 - 06:27 GMT
Several protests have been organized by women across Afghanistan since the Taliban takeover. (HOSHANG HASHIMI/AFP)

In less than a month since the Taliban took over most of Afghanistan, including the capital city of Kabul, Afghan women have successfully organized yet another protest in the streets, challenging the group's militants who were watching closely. Group of Afghan women staged protest today in #Kabul to demand their right to work and education.

Taliban have banned many women from working outside their homes and girls from attending school, university.

Amid fears that the extremist group will reimpose strict rules on women in Afghanistan, similar to the ones applied during the 1990s, Afghan women have been staging protests in several parts of the country demanding that the new government to respect their rights and maintain their places in public life. 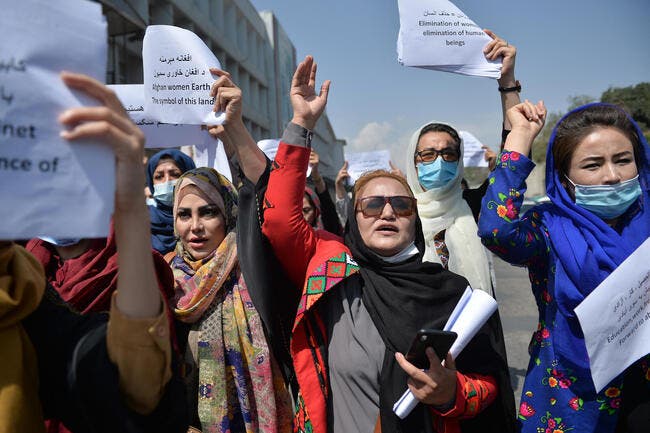 During the second protest which was organized on Friday, the 3rd of September, dozens of Afghan women marched through a neighborhood in Kabul, with most of their faces showing as they voicing out their demands in both Dari and English. 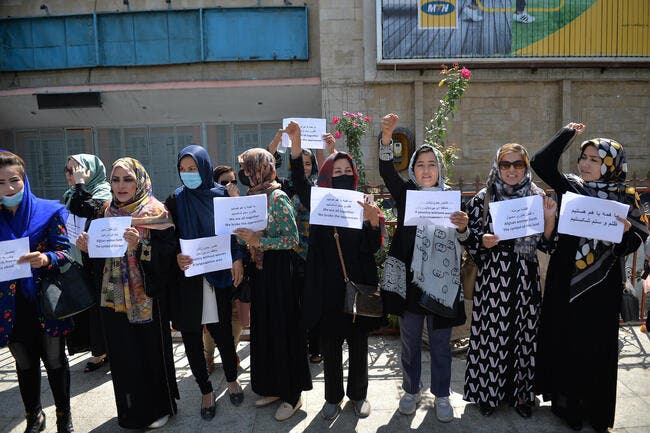 Video: A number of women rights activists and reporters protested for a second day in Kabul on Saturday, and said the protest turned violent as Taliban forces did not allow the protesters to march toward the Presidential Palace. #TOLOnews pic.twitter.com/X2HJpeALvA

While most of the protest went on peacefully, the Taliban militants fired tear gas at the protest as it was heading towards the presidential palace. Women demanding their rights to work and education

This woman was one of those who suffered injuries

Taliban has banned many women from working outside their homes, girls from attending school/university. pic.twitter.com/KU37Cguhi1

Governor of #Herat, Abdul Qayyum Ruhani, had a meeting with a group of local female doctors today where they shared with him some of their requests and concerns. #Afghanistan pic.twitter.com/YnVz1ExtUj

Moreover, a delegation of female leaders in Herat city to the west of Afghanistan had reportedly requested a meeting with the governor, during which they expressed their concerns and demands that their rights to education and work are maintained under the new government.

Israel in Hysteria Over The Ben & Jerry's Boycott