Animals rights activists take it online to condemn the killing of over 1000 dogs after a group of whom they described as government-affiliated agents raided a dog shelter and shot dead all animals inside. 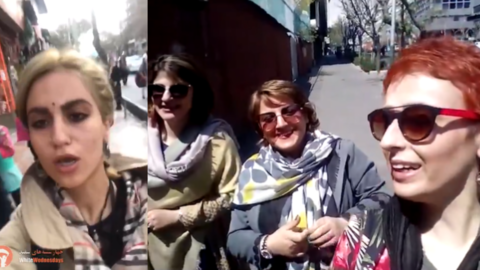 In a video that was shared online showing dozens of dead dogs laying on the ground, animal rights activists said that Iranian authorities' agents have raided Gandak Dog Shelter and killed over one thousand dogs living inside.

Warning-Disturbing video
Animal rights activists say government-affiliated agents shot and killed 1000+ dogs, many of which were spayed and had tags, in the Gandak Dog Shelter in Damavand, Tehran, #Iran.

Multiple videos were shared online and went viral online with over 10.5K views on Twitter alone. Witnesses revealed that the Gandak Dog Shelter is located in Damavand, Northeast of Tehran, Iran.

According to sources, animal rights activists said that all dogs who were inside the Gandak Shelter are believed to be vaccinated and sterilized suggesting that there's no reason for the government to kill them.

Happened yesterday in Gandak, Northeast of #Tehran, on-order of an #IRGC Gneral, Special Forces of #Iranian regime raided a dog shelter and massacred 1,700 dogs which all were vaccinated & sterilized. They also arrested several animal rights activists who tried to stop them! pic.twitter.com/Gw2jNvqmps

Iranian sources said that the government forces have also arrested animal rights activists who tried to stop the authorities from killing dogs.

A protest was held by animal welfare supporters to slam the brutal mass killing of over 1000 dogs in the Gandak Animal Shelter.