Is Belarus’s Aleksandr Lukashenko ‘Too Excited’ for a Nuclear War? 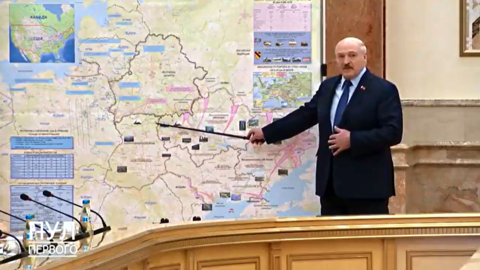 4 Ukraines And Moldova Next: War Map Shown by President of Belarus

In the latest remarks reported by RIA Novosti, the Russian state-owned domestic news agency, Aleksandr Lukashenko warned that "Humanity is on the verge of a nuclear conflict".

Update: RIA Novosti: President of Belarus Lukashenko: 'Humanity is on the verge of a nuclear conflict'

As alarming as this announcement can be, this is not the first time Aleksandr Lukashenko talks about the possibility of the war in Ukraine escalating to a nuclear one.

Over the last seven months of the conflict, Aleksandr Lukashenko has several times mentioned Russia's nuclear abilities to the media, which has been raising concerns over their seriousness, especially since some analysts believe that his statements are meant to support Russia's military position at times its doubted.

For the last few weeks, Russia has suffered a series of military defeats, that resulted in Ukraine's recapturing of dozens of towns and cities in the east and northeast of the country, including many territories that were seized by Russia at the start of the war.

Belarus must be stopped from getting more nuclear weapons. NATO and Belarusian partisan activity along with Ukraine MUST fix the tactical problem Lukashenka makes. North to 53*06' and back the "Special Operation" to blockade Lukashenko like Cuba during Kennedy!!It is the same!! https://t.co/uquo2CG0Nh

In response to this sudden Russian decline in the face of the Western-backed Ukrainian military, the Russians have been escalating warnings of Russia's nuclear abilities, which has been perceived as an attempt to use the media to make up for the latest defeats on the ground. 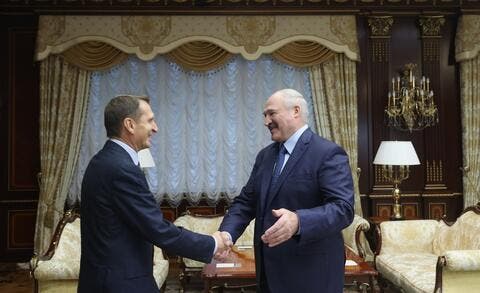 #Belarusian dictator Alexander #Lukashenko: "If #Duda has no brains, the #Polish military does, and they know that messing with #Belarus means immediately getting a nuclear bomb".

Reminder: Belarus does not own any nuclear weapons. pic.twitter.com/WoXZv9r3fb

In addition to his warning of a nuclear conflict awaiting humanity this week, Lukashenko sounds "too excited" for an escalated conflict. But his latest remark is not a random one, as it has been backed by statements by the Kremlin.

During a press conference, a Kremlin spokesperson answered a question about the possibility of resorting to nuclear weapons in the Ukraine conflict, saying "Read the doctrine, everything is written there", referring to Russia's Military Doctrine, triggering more and more fears of plans to further escalate the conflict.

Is Belarus’s Aleksandr Lukashenko ‘Too Excited’ for a Nuclear War?