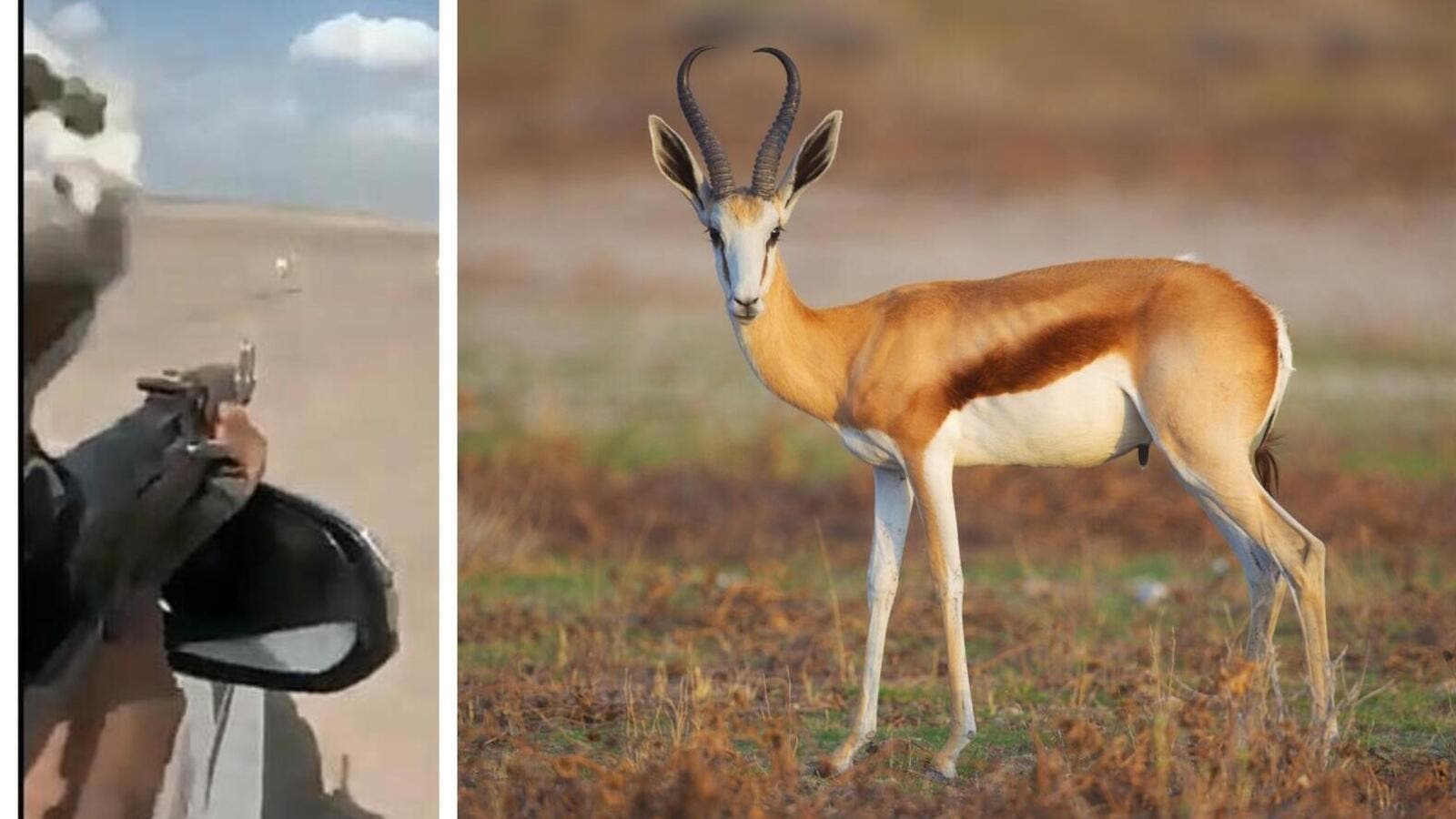 A video of deer hunters in Saudi has gone viral, showing the animal being chased and sniped down with an assault rifle.

In the video, a man appears to aim his gun from the window of a car driving at great speed behind a number of deer. As they sprint in an attempt to escape, they fall one after the other from the hunter's bullets.

Translation: “Video of brutal deer hunting sparks outrage among social media users, who demanded for the hunters to be arrested and charged for their crimes.”

In response to the video, activists demanded authorities to intervene in the incident and hold the hunters accountable for their crime, describing it as "violation of nature."

Translation: “I hope they get charged with maximum penalties.. Till when will we be ignorant?”

According to local news, the Vice-President of the Saudi Wildlife Authority, Hani Tetouani, revealed that the authorities had started an investigation regarding the video.

Translation: “People in Saudi always get away with these kinds of crimes.. They must be stopped.”

He added that although penalties for violations of the laws prohibiting hunting are limited to financial fines, they may reach prison if the weapon used in hunting is not licensed.

Incidents of animal abuse are not uncommon in the Kingdom, as multiple videos of animal brutality went viral over the past months.