Despite the lack of official media coverage, local social media accounts streaming from Doha, Qatar have posted photos and videos from protests that took place over the new election law throughout Monday.

The Internet Has a Serious Question: Is This Man Walking Around Doha Actually John Bolton?

Fresh controversies in #Qatar linked to the election law approved by Emir Tamim few days ago, regulating who can vote and be voted at the #ShuraCouncil elections in October, the first int he country's history (vote will be for 30 members out of 45 - the other 15 appointed)

According to the new law that paves the way for Qatar's first general elections next October, voters should be above 18 years old, be "original" Qataris, being born in Qatar, and have Qatari grandfathers.

#Qatar🇶🇦 :Peaceful protests in the streets of Doha #Qatar today to protest against the racist election law.pic.twitter.com/XThq6AmclA

The competent authorities at the Ministry of Interior has referred seven people to the Public Prosecution after they used social media to spread false news and incited racial and tribal strife. #QNA pic.twitter.com/McdMsvRtlc

The law that was endorsed by Qatar's Emir has sparked anger amongst hundreds of Qataris who took to the streets of Umm Al Zubar East demanding the right to vote for every individual with Qatari citizenship, regardless of the circumstances on which they were granted it. 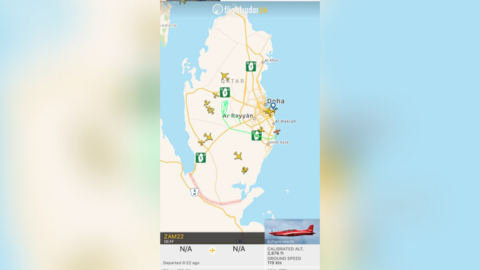 Coup in Qatar? Unconfirmed Reports Reveal Details About the Leader of the Potential Operation

🇶🇦⚡ According to multiple reports an State of emergency has been declared in doha after Protests broke out against goverment. pic.twitter.com/Zgb5kDVg5i

Some families of a branch of the semi-nomadic al-Murrahs are stateless - Hazaa al-Marri protested in a video against what he sees as restrictions on who can vote in the election #انتخابات_مجلس_الشوري pic.twitter.com/msAuTnrlrN

Reports by foreign journalists have suggested that protests were organized by members of the Al Murrah tribe with Saudi links, whose members were involved in an attempted coup against the ruling Al Thani tribe in the early 2000s. However, many of Al Murrah members continue to be stateless.