Elon Musk: 'I Sleep Over at My Friends’ and I Don’t Take Vacations'

A recent interview with the world's richest man has sparked many debates, especially as the controversial billionaire attempted to defend wealthy people against accusations of high consumption, claiming he does not own a home and that he "rotates around friends' spare rooms".

The interview was published on YouTube on the 18th of April, 2022, drawing the attention of nearly 2 million people in less than 48 hours.

By the end of the interview, Chris Anderson brought up the growing global anger with billionaires whose wealth has exceeded what millions of people own in other parts of the world, saying they "get hugely offended" but the wealth parity.

In response, Elon Musk, whose wealth is estimated to be around $251 billion, explained that "this would be problematic if I was consuming billions of dollars a year in personal consumption", saying "it's not the case".

Musk then proceeded to explain that "I don't own a home", saying "I'm literally staying at friends' places [...] I basically rotate through friends' spare bedrooms. I don't have a yacht, I really don't take vacations. So, it's not my personal consumption is high. The only exception is the plane, but if I don't use the plane I have less hours to work." 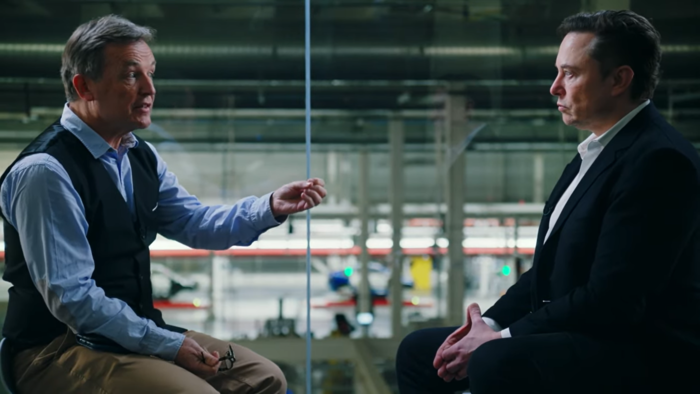 Yet he could end hunger and doesn’t even try. Yet he could help homelessness but instead gives the rich a new way to look down on us from the sky.

Elon Musk has recently prompted several controversies after leading criticism of Twitter's standards of free speech, before announcing buying 9.2% of its shares and offering a whopping $43 billion to buy the whole platform, an offer that is still being reviewed by Twitter's board.