Dubbed as the "pottery lady," hundreds of Egyptians took to social media to mourn the death of a Swiss lady that had been living amongst them for the past 40 years. 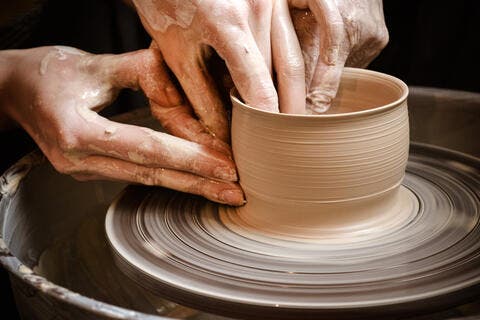 Egyptian Woman Aspires for an Artistic Revolution in Tunis

Evelyne Porret's death was announced by the Fayoum’s Tourism Authority and the Swiss Embassy in Egypt, saying that she passed away after 81 years of eventful and loving life.

Porret had been living in Egypt since the early 1960s after visiting Tunis village in the Fayoum Oasis in Middle Egypt. She was also married to one of Egypt's most popular poets Sayed Hijab who passed away in 2017.

It is with great sadness and a heavy heart that the Swiss Embassy in Egypt bids farewell to a pioneer in creative community service and community development and a pillar of the Swiss community in Egypt. RIP Ms. Evelyne Porret. #TunisVillage #Fayoum https://t.co/kwhhRz3en6 pic.twitter.com/96uR33bM02 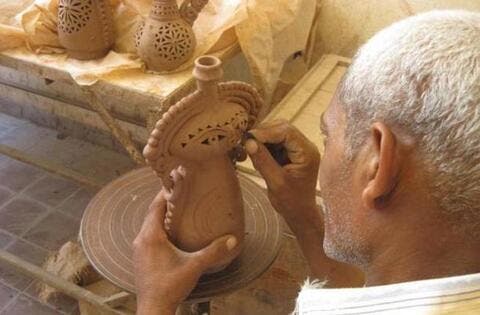 In Tunis village, Porret founded a pottery school that enabled thousands of art lovers to create distinguished are pieces over the years.
Online, thousands of Egyptians who said they were touched by Porret's kindness during their visits to the village took to Twitter and Facebook posting photos of her and her work and writing emotional anecdotes of their encounters with her.
Tags:Evelyne Porrettunis villageFayoumfayoum art centerartistpotteryDeath