Published November 20th, 2022 - 10:48 GMT
Members of the German national football team pose on the stairs before boarding a Lufthansa plane decorated with the lettering "Diversity Wins" prior to the team's departure at the airport in Frankfurt am Main, western Germany, on November 14, 2022. (Photo by Daniel ROLAND / AFP)

ALBAWABA - Qatar is said to have banned a Lufthansa plane which was transferring German football players from landing at Hamad International Airport. The phrase 'Diversity Wins' was seen on the German national team plane.

According to sources, the German team had to land in Oman and change the plane before heading to Qatar to participate in the FIFA 2022 World Cup, which is expected to kick off today.

1
Qatar refuses to receive the German national team plane, which bears the gay logo. The plane returned to the Sultanate of Oman airport and was replaced by another plane that did not bear the logo. pic.twitter.com/eLkU1uKQV7

England football team also arrived in Qatar on a Virgin Atlantic plane, called the 'Rain Bow'. On the plane, a sticker for a man holding the England flag is seen, and a Pride flag is seen on the character's shoes.

The British airline confirmed a "fluid approach" to uniforms last September allowing staff to choose their attire "no matter their gender". 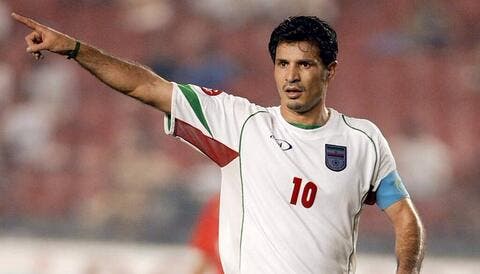 “Virgin Atlantic has said its gender-neutral uniform policy does not apply to the crew on board the England team's flight to the World Cup in Qatar.”
https://t.co/N91B8X4Rhr

Qatari Emir Sheikh Tamim bin Hamad Al Thani said that his country welcomes all fans without any kind of discrimination. However, they have to also respect the traditions and the culture of the country.

FIFA World Cup this year will take place in Qatar from Nov. 20 to Dec. 18 with the first match will be held between the Qatari national team against the Ecuador team.