Published October 26th, 2021 - 06:43 GMT
Saif al-Islam Gaddafi is expected to run for president in the next elections. (ِAlbawaba)

By the end of 2021, more than 3 million Libyans will have the opportunity to choose their new leadership through elections. 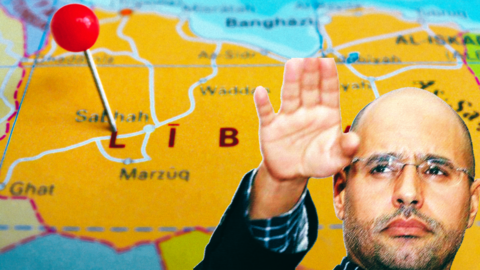 With Russia's Blessings: Gaddafi's Son Might Be Libya's Next President!

Even though the country has lived for about four decades under the dictatorship of Muammar Gaddafi without voting experiences, upcoming elections seem to draw a lot of controversies already.

Last June, speculations started to suggest Gaddafi's living son, Saif Al-Islam Gaddafi, to run for the next presidential elections with a Russian green light. Other sources have also expected the former commander of the armed forces Khalifa Haftar to run for the same post, especially after he stepped down from the military last month.

Translation: "Israel Hayom newspaper: Saif Al-Islam Gaddafi and Khalifa Haftar signed two contracts with an Israeli PR firm for their presidential campaigns. Haftar's contract was signed by his son Belqasim in Abu Dhabi, while a former female model contacted the firm for Gaddafi."

These two names who are quite known to Libyan citizens have also been highlighted in a recent report by the Hebrew daily Israel Hayom as clients for Israeli PR firms that operate in the UAE.

According to this report which does not name the consulting firm, Khalifa Haftar's son has already signed a contract with the firm to use its services to boost the military man's chances of becoming Libya's next president. 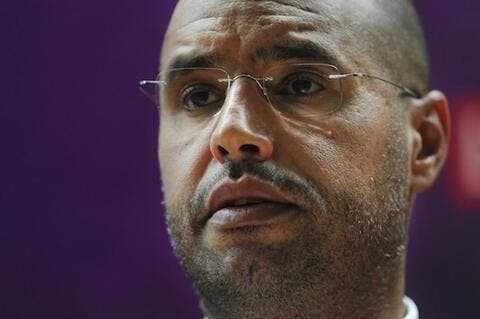 Too Many Enemies: Sief Al Islam Must Watch His Back

The report also noted that a female model,, believed to be an agent for Saif A-Islam, has contacted the same firm for the same purpose, noting that the Israeli PR agency will be running two separate campaigns for their new clients.

Israel Hayom has highlighted that each of the recently signed contracts is worth millions of dollars.

‘Hande Erçel Is Too Thin’: Fans Concerned Over Latest Photos