Published May 10th, 2021 - 06:26 GMT
Multiple users have reported being limited or banned by social media platforms for posts on Jerusalem's events. (Twitter: @monajem) 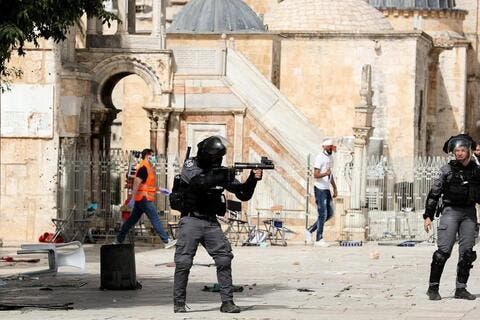 Instagram has been removing Palestine content and Twitter is suspending people talking about what’s happening in #SheikhJarrah. This is censorship on a mass scale — these are the only outlets we have because western media outlets are not covering what’s happening in Jerusalem https://t.co/lF1TjvTk81 pic.twitter.com/CqBVmVf5pl

Last Thursday, Instagram users in East Jerusalem reported being banned from using the live streaming service offered by the platform, saying that their accounts have been limited for their live coverage of Israeli attacks on Palestinians in their part of the city.

Similar concerns have been shared by users of photos showing the rapid escalations in the Sheikh Jarrah neighborhood, where at least 25 Palestinian families have received eviction orders from Israeli authorities. Meanwhile, local sources have reported several Israeli military attacks on the Alaqsa mosque's compound in the city, as Muslim prayers gathered from Ramadan night prayers.

Instagram just disabled the account of Mona Elkurd, a journalist in Jerusalem and one of the Sheikh Jarrah residents who has been providing daily coverage of what’s been happening.

This happens to be one day before the trial that puts out the final verdict on Sheikh Jarrah. pic.twitter.com/ACIJJlrbly

According to online people, content has either been removed alleging violating the platform's community guidelines or blurred with notes suggesting "sensitive content" even on photos that were not harmful, inappropriate, or containing disturbing scenes.

I reviewed instagram with 1 star and quoted @accessnow press release "for silencing users protesting & documenting evictions of Palestinian families from their homes in Sheikh Jarrah in Jerusalem".
Take an action! Rate Instagram with one star! @7amleh @IFEX @daoudkuttab pic.twitter.com/79AVfH5K5g

In response, thousands of pro-Palestine users took to other digital networks protesting what they called "censorship" practiced by popular social media apps, including Instagram, Facebook, and Twitter, saying that their content did not violate guidelines and that it "simply reported events taking place in East Jerusalem."

While some users wondered if Facebook's Instagram policies are connected to the fact that Emi Palmor, a former Israeli government official, is an Israeli censor on Facebook’s Oversight Board.

Censorship of Palestine across social media platforms highlights exactly why posting matters. A tweet or Instagram story from folks not on the ground is certainly not activism but clearly its impact cant be understated. Keep posting, sharing and retweeting #SaveSheikhJarrah

1/2 #Instagram does damage control & provided an explanation as to why they were censoring #Palestinian content the last couple days (during an extremely volatile time in #Palestine) & apologizes for what appeared to be censorship of the situation in #SheikhJarrah & #Jerusalem pic.twitter.com/YHdD2WRSHP 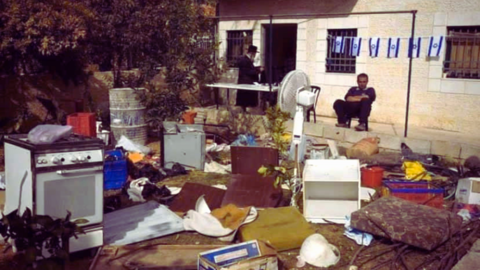 'If I Don't Steal Your House Someone Else Will': Video of Israeli Settler Goes Viral
— Aliya Hasan🇵🇸🇾🇪❤️✌️ (@AliyaHasan_) May 8, 2021

As many users posted screenshots showing downrating Instagram's mobile app on app stores in protest of their policy, Instagram responded in apology saying that content in several parts of the world with political tensions, including Colombia, have been hidden because of an error connected to apps testing, suggesting that it did not mean to censor politically-charged content.

For several days now, Israel has been facing growing global criticism over its policies in the Eastern part of Jerusalem, which is recognized by international laws as Palestinian territories.