Is Jordan No Longer Stable? Alarming New Attack Suggests So

Two months after Jordan was rocked by an "attempted coup" for the first time in decades, the country's ministry of interior has reported an armed attack on a number of security personnel near Amman's international airport, one that has left at least four injured officers. 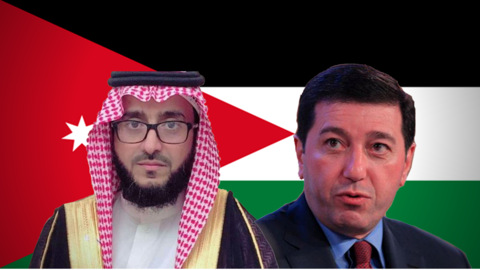 What Do We Know About the Two Men Arrested in Jordan Last Night?

#Jordan : Interior ministry says there’ve been armed attacks on security forces near the road to the airport - the police say 4 members of security forces injured while dealing with unrest in Na’our area of Amman #الأردن #عَمَّان pic.twitter.com/X9omdX8ijq

According to official government statements, the attack followed an eventful night of riots and violent clashes between a number of tribesmen who took to the streets in support of resining MP Osama Al-Ajarmeh, who has been suspended from the parliament for one year following controversial statements.

While local news agencies reported that 150 cars that fired at a police station near the Naour area, headquarters of Al-Ajarmeh tribe, the state-run news agency Petra posted a number of photos showing injured officers as they were treated on Saturday night.

Translation: "Near Amman's airport a few moments ago"

For several weeks now, Al-Ajarmeh has accused the government of delicately orchestrating a nationwide blackout on Friday, the 21st of May, at a time hundreds of Jordanians had headed near the Jordanian borders with the West Bank in support of the Palestinians.

Consequently, Al-Ajarmeh was referred to the parliament's legal committee and ended up receiving a one-year suspension over "offensive remarks." 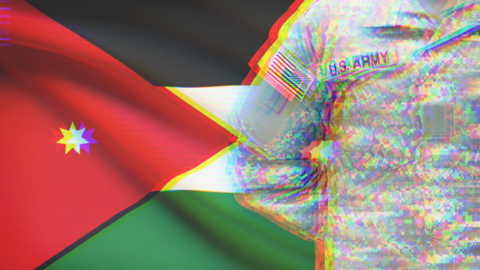 Jordanians Slam Defense Accord With the US: 'It Is Colonization All Over Again'
— Al Arabiya English (@AlArabiya_Eng) June 5, 2021

Flanked by supporters carrying a Sword in hand,Quran in another and gun in his shoulder holster #Jordan MP #OsamaAjarmeh vows to fight the government in the name of the tribes.His supporters staged protests and closed off major roads.he was suspended from the parliament earlier pic.twitter.com/3dA2GSZUhc

However, pro-Al-Ajarmeh protests have been deemed more violent than usual, which some commentators have linked to a growing sense of dissatisfaction amongst Jordanian tribes towards government decisions in recent months, including the confusion caused amid the April attempted coup events, which involved a royal and a former advisor to King Abdullah II, who have both been arrested and referred to security court in Jordan over 'sedition'.

According to a report published by the Guardian last week, phone intercepts have revealed a major role played by aides to the former crown prince of Jordan in the attempted coup. The calls obtained by the Guardians in March 2021 indicate that "Hamzah tried to rally support from figures who could elevate what officials describe as a seditious plot into a serious challenge to Abdullah’s reign."