Published April 13th, 2021 - 09:46 GMT
For years, North Korea's government has been reported to execute officials when they fail in official duties. (Shutterstock: pantid123)

One more time, the North Korean leader often described as a dictator by his opponents has reportedly ordered the execution of a high-ranking official working for the Pyongyang government.

If you want a high profile position in distance education as a policy maker, there is an new opening available in North Korea #distancelearning https://t.co/FC6cZRzl27

According to local sources, North Korea's Kim Jong-un has ordered the execution of a prominent official who headed a committee that was tasked with accelerating efforts to transition the educational system in the country into a digital one, in what has been called "the Distance Education Act," and which was initiated last June by the country's ministry of higher education in the wake of the COVID-19 outbreak.

“The non-standing commission was established in June of last year,” a source in the country told Daily NK last Friday. “The OGD conducted an investigation because [the commission failed] to make any progress and because some have criticized the government’s policies.” dailynk

While sources have not yet disclosed details on the name of the deceased official or the way through which he was killed, they have revealed that a new committee has been formed after his death, one that is headed by the former president of Kim Il-sung University, Ri Guk Chol.

Online people have widely shared the news of the new execution in North Korea, referring to it as "a typical practice followed by the current North Korean regime."

Social media users have also remembered similar reports that have emerged over the last several years, in which Kim Jong-un had also ordered executions of other officials who failed to fulfill tasks he had missioned them with, including a military general that was "thrown into a piranha-filled fish tank after his arms and torso were slashed open with knives before he was dumped in the tank." The incident was reported to follow what the North Korean government claimed was an attempted military coup in 2019.

Attempt to establish distance learning in North Korea hasn’t been making the expected progress. It’s alleged that the chair of the commission was found guilty of “anti-party and anti-revolutionary sectarian activities within the education sector.” https://t.co/1QqNOBnjrV

In 2019, the North Korean leader had reportedly ordered the execution of five officials following the failure of the historic summit with US former president Donald J Trump.

Last September, international media outlets have also reported North Korea's killing and burning of a South Korean official, in what has since been believed to be an "anti-coronavirus act," which the North Korean leader apologized for later on. 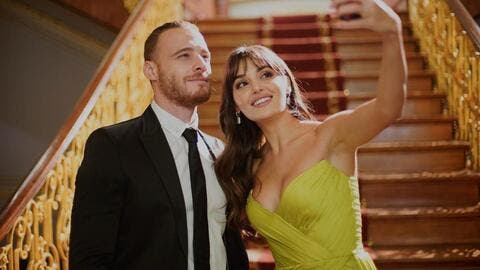