Miami police have arrested a man called Marwan Habib after he assaulted a woman and broke into her beach hotel room, the Independent reported. 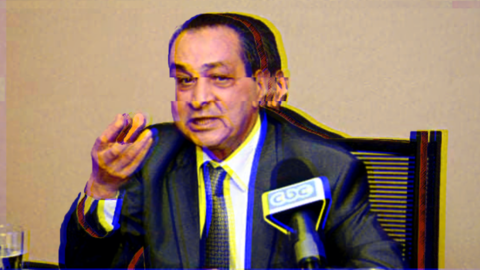 Habib, who was arrested on Thursday, was said to have attacked a woman who was staying at Miami Beach Hotel Victor in November.

He’s accused of coaxing a hotel employee into giving him a room key before allegedly committing burglary, assault and battery on a tourist from Kansas City in her Ocean Dr. hotel room, and he has a history. @wsvn #Exclusive story: pic.twitter.com/bCqFU6InHa

According to sources, Marwan Habib was not only accused by this woman, but more than 50 women had shared testimonials of having been sexually assaulted or harassed by him.

The 32-year-old man is a Lebanese national. He was taken to court on Friday before Miami-Dade 11th Circuit Court Judge Marisa Tinkler Mendez after he was taken into custody.

We need a world where women dont get sexually harrased. Full stop! Period!
Never give up!
Always believe in what you are doing!#sexual_harraser #sexual_harrasment #sexual_assault pic.twitter.com/BoXM8fNuSA

At court, Habib asked if he could “pay a fine and go home.” However, the judge replied: “You are not going home today, sir.”

Sources said that Marwan Habib met his victim at a club but later followed her to her hotel and then fraudulently convinced the clerk to give him a key to her room. Later on, he entered her room and sexually assaulted her.

It’s so satisfying to finally see #MarwanHabib arrested, but will never forget the way he was able to evade total responsibility in Lebanon, where he sexually assaulted so many women. Truly encapsulates how careless & misogynistic our government is.

Various reactions flooded social media following Habib’s arrest; Most of them were from Lebanese females who were sexually harassed by him.

Some people have celebrated in the streets of Beirut hailing the arrest of the “serial rapist.” In his homeland, Habib was the subject of similar accusations by dozens of women and an attorney confronted him publicly on a television show, Beirut.com reported in 2019.

“American women are more honest than the Lebanese ones;” one person commented triggering anger after saying that at first he sympathized with Marwan Habib since as he said Lebanese girls’ talk is not true, but he believed the women after Habib was arrested and jailed in the US.

On the other hand, Miami police is now investigating whether Marwan Habib harassed or sexually abused other women while in the U.S. after receiving multiple complains from different people.

It is still unknown whether the court will send him back to Lebanon where he is likely to face further charges.

The Many Faces of Saddam Hussein on The Social Media