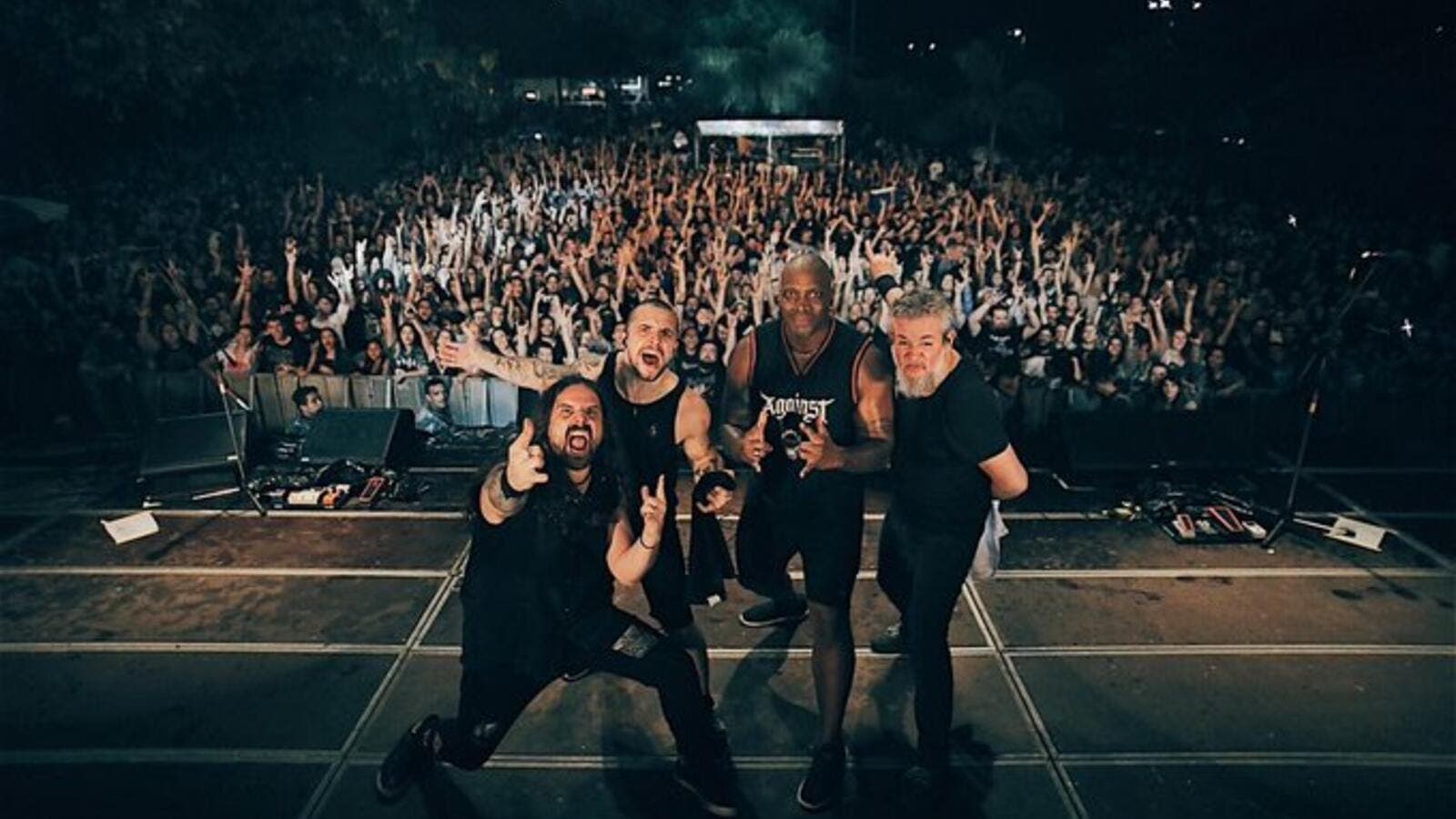 The Brazilian metal band, Sepultura, had their scheduled concert in Lebanon censored by Lebanese authorities and the band’s fans base in Lebanon explode in anger.

On Friday, the media office of the festival organizers, who was to host Sepultura went to Facebook to announce that authorities represented by the General Security have banned the Brazilian band from entering the country and refused to process their visas.

Two days later, the organizers released a press release in which they included the authorities’ reasons for refusing the visas of the band. Besides accusing the band of “insulting Christianity” and being “devil worshippers”, authorities said the band had previously played in Israel and filmed a video clip showing their support of Israel, giving grounds for their decision knowing that Lebanese laws put any person who previously had traveled to Israel or have Israeli Visa on his passport in danger of being arrested.

While the organizers had denied all the accusations confirming the band never played in Israel or insulted Christianity, they confirmed trying to request the revocation of the ban order.

The bands wide fan-base in Lebanon and the Middle East who were excited about the concert used social media to express their anger and disappointment with the banning decision.

So the lebanese authorities strike again. Sepultura's concert got cancelled because their visas were denied.
Gj Lebanon

Many have criticized the authorities’ description of the band as “devil worshippers” as ignorant. In fact, metal music has been culturally related to “satanism” and “devil worshipping” in the Middle East.

Meanwhile, activists in Lebanon have criticized their authorities for censoring several movies and music content for different reasons; politically or socially. Yet, they still claim “freedom of speech” rights.

They really banned sepultura from entering Lebanon? A metal band isn't allowed to play in our country but we can handle all the corruption and terrorism

For Sepultura, this is not their first time in the region. The band has played in Dubai around two years ago and were scheduled to have a concert in Cairo earlier in 2016, but they were banned for the same “devil worshipping” accusations and the concert’s organizers were arrested.