Only a few days before the Miss Universe beauty pageant announces its winner for the year, contestants came under fire for photos they posted on social media showing them wearing Palestinian traditional dresses while staying in Israel, where the 2021 competition is being held. 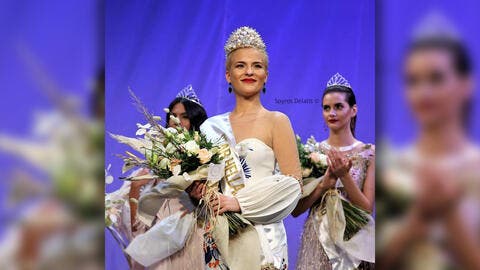 Which Beauty Queens Are Skipping Miss Universe in Israel?

The Miss Universe Pageant is being hosted by the Israeli regime this year. Several contestants have withdrawn but many others are still taking part including those from the Global South.

In this post, Miss Philippines shows off the gross appropriation of Palestinian culture. https://t.co/rCI2xUqE2R

Accused of culturally appropriating Palestinian culture, several contestants posted photos of what they described as "visiting a Bedouin village" without referring to the Palestinian population of these villages.

At least representatives of the Philippines, Haiti, Mauritius, and Armenia have been amongst the visitors to the Rahat village with a large Palestinian population.

A day of the Palestinian Bedouin life, wearing a Palestinian Thobe, preparing Palestinian/Arabian food, and promoting to visit Israel DON'T get a long together Miss Universe 2021. It's ignorance, oppressive, and whitewashing colonialism. pic.twitter.com/Yvhe4xlTzF

This was posted by attendees at the Miss Universe pageant taking place in occupied Eilat, Israel. They're promoting *Israeli* culture?! By wearing traditional Palestinian thobes. They kill + made Palestinians illegal on their own land but still want to bank off of their culture. https://t.co/h6K8WBCQv2 pic.twitter.com/hoIyMX70Es

Online people attacked the contestants saying that they did not merely "appropriate the Palestinian culture" during a visit to promote the country that "has been practicing several forms of oppression against Palestinians," but also "refrained from referring to the Palestinian identity of Rahat and its people."

Last month, beauty queens from around the world announced boycotting the Miss Universe competition on the basis that it is being held in Israel, saying that their decision came "in support of the Palestinian struggle," including Miss Greece, Miss South Africa, and Morocco.