Published April 29th, 2021 - 08:13 GMT
The interview has drawn interest of viewers across the world. (Twitter)

On Tuesday evening, Saudi Crown Prince Mohammad Bin Salman made a rare TV appearance on the Saudi-owned Alarabiya TV, in which he talked about his 2030 vision and other topics, many of which have stirred controversy online. 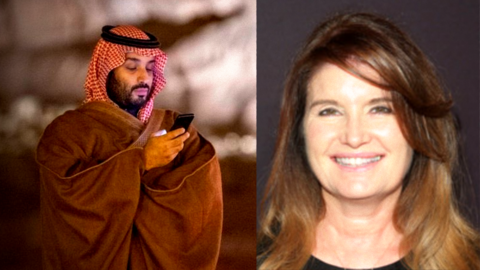 The Saudi crown prince MbS says he relies on a religious tradition to kill dissidents
This was in his interview yesterday.
He said a prophetic quote obligated us to kill all kinds of extremist people.

This just a systematic approach of killing dissidentspic.twitter.com/7aIY96GqMI

During the interview, Mohammad Bin Salman often referred to as MBS talked about his policy towards extremism, quoting a saying by the Muslim prophet Mohammad that calls for "killing them." However, many online commentators argued that MBS refers to dissidents as extremists, suggesting that his statement can be a dangerous one, especially taking into account the killing of well-known Saudi journalist Jamal Khashoggi in 2018 and other political leaders who opposed his policies.

Let’s remember: 3 weeks before the killing if Khashoggi, Sabq (an official Saudi newspaper) published a fatwa by al-Fouzan obligating the government to kill dissidents.
See the fatwa here and see notice the date.https://t.co/ARTxcfupSS

Social media users widely shared excerpts from the interview, including his fans who expressed pride and satisfaction with his answers, especially his promise to improve Saudi's quality of life in the next few decades.

Translation: "My sources confirm that Bin Salman became almost addicted to drugs which started with cocaine and it exaggeratedly affects his behavior which is why he does not meet people or go out in meetings until he takes a dose. Tomorrow, watch his hand movements and facial expressions if he appears in the Liwan meeting."

Yet, some users noted that MBS's body language and facial gestures suggest abnormal issues, with many hinting at the possibility of him consuming drugs. 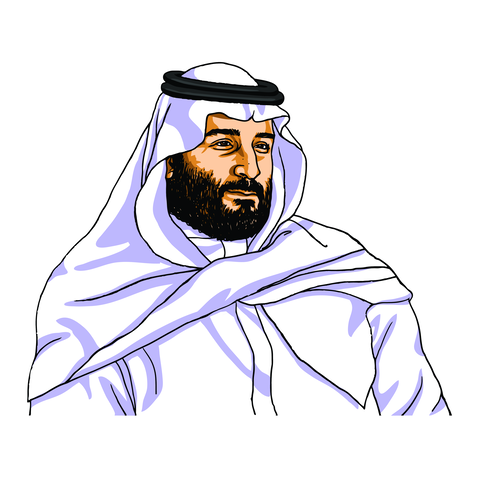 Translation: "Results of the sleeve gastrectomy is clear."

Finally, some users noted that the Crown Prince has lost weight which they connected to a surgery he underwent in late February, suggesting that it was not an appendicitis one as announced by the Royal Palace, but a sleeve gastrectomy.

Maldives’ GDP Projected to Grow 17.1 Percent In 2021 Thanks to Tourism