Is Pakistan Close to Recognising the Taliban Takeover in Afghanistan?

Published September 7th, 2021 - 09:18 GMT
Pakistan is expected to be amongst 6 countries that will attend the announcement of the Taliban govt. (Shutterstock: Nomi2626 / Albawaba)

For the three weeks that the Taliban has taken over Afghanistan, the group has been promising the world a "new and inclusive" government that respects human rights including those of women. Yet, the world has not yet recognized the group as the legitimate ruler of the country. 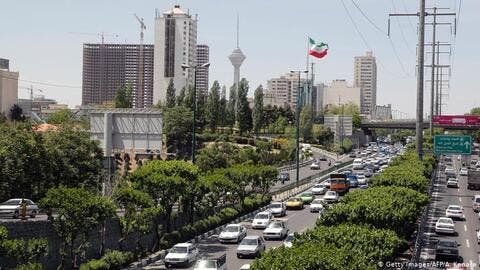 Afghans Outside Pakistan's Embassy in Tehran Shout 'Death to Taliban'

While the Taliban has not yet announced its new government which is said to be in the making, the international community has widley linked its willingness to recognize the Taliban's government to how the group chooses to control Afghanistan.

Speculations have outweighed the possibility that the new Afghan government will be announced in a matter of days, with many online commentators expecting representatives of the six closest countries to the Taliban to be amongst the first to recognize and celebrate the Taliban, including Turkey, China, Russia, Iran, Pakistan, and Qatar.

Pakistani ISI Chief Faiz Hameed just arrived in Kabul Serena Hotel. Told me he was here to meet Pakistani Ambassador - wouldn’t say he was meeting Taliban leadership (but he must be of course!) pic.twitter.com/afhfpNqzw8

Afghans reach Pakistan Embassy in Kabul to protest against Pakistan state backed terrorism in Afghanistan. Death to Pakistan slogan reverberates in the air across Kabul. pic.twitter.com/MC7I9iiC0f

However, many Afghan online people have expressed their concern towards the warm ties between the Taliban and neighbouring Pakistan, saying that the latter may have been supporting the Taliban's advancement in their country for months.

BREAKING: The Taliban has invited 6 countries to take part in the formal announcement of their new government: Turkey, China, Russia, Iran, Pakistan, and Qatar

Are you paying attention yet?

Supporting their argument, many Afghan social media users shared photos of Pakistan's intelligence chief Faiz Hameed as he arrived at Kabul earlier this week, saying it was for a meeting with his country's ambassador to Afghanistan.

However, many Afghans believe that Hameed's visit aims to have him meet with leaders of the Taliban so Pakistan prepares to recognize and possibly support the upcoming government. 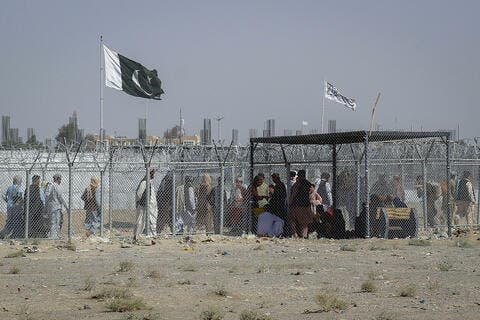 Protest in Kabul - with around 1,000 men and women gathered. Chanting slogans against Pakistan, alleging they supported the Taliban in Panjshir... many mentioning the ISI chiefs visit... some also demanding women’s rights. Taliban fighters present too. pic.twitter.com/iOxDsyDpeR

Meanwhile, hundreds of Afghans have been protesting in Kabul's streets against what they called "Pakistan's intervention in their affairs." Initial reports say that the Taliban militants have been firing random shots in an effort to disperse them.