Protesters Call to Decriminalize Sex With Animals in Germany

According to the German animal protection law, it is forbidden to have any sexual relationship between humans and animals. However, some people have called during a march to allow sex with animals. 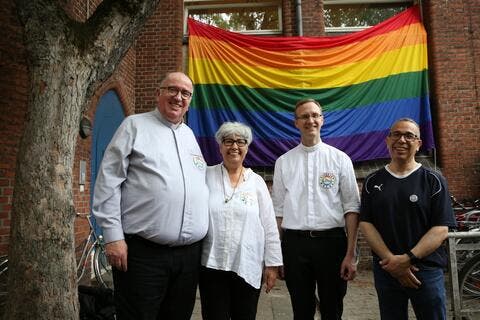 In what internet people thought was the most shocking news of all time, some of the protesters have urged the German government and authorities to decriminalize sex with animals during the Zoophilia Pride March showing that they are proud too.

After all the LGBT+ infinity groups were done marching and bringing the property value down in 🇩🇪 Germany, the people who like to have sex with animals came out to show that they're proud too. And here they are. pic.twitter.com/SosdPBQCfn

The protester also brought his dog to confirm his ideology saying that once he had a 'sexual' relationship with an animal it was a 'male' dog saying that he currently lives with a German Shepherd dog. 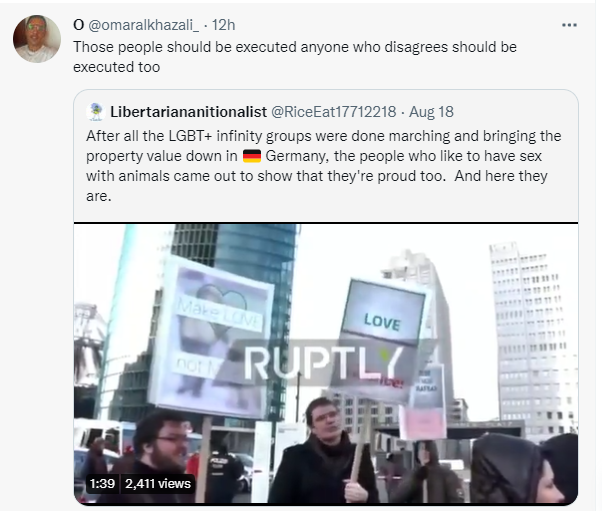 People's reactions have varied online as some people said it is gross and other called for a real, harsh punishments to curb such behaviors which should be banned. 'These people are sick,' a social media user commented.

Others have suggested that the person who is speaking and supporting sex with animals should go to jail with a charge of 'RAPING ANIMALS'.

Germany's animal protection law bans any sex acts with animals or supplying animals to others for any variation of sexual intercourse. An infringement can result in fines of up to 25,000 euros ($27,800) according to a legalization passed in 2013.