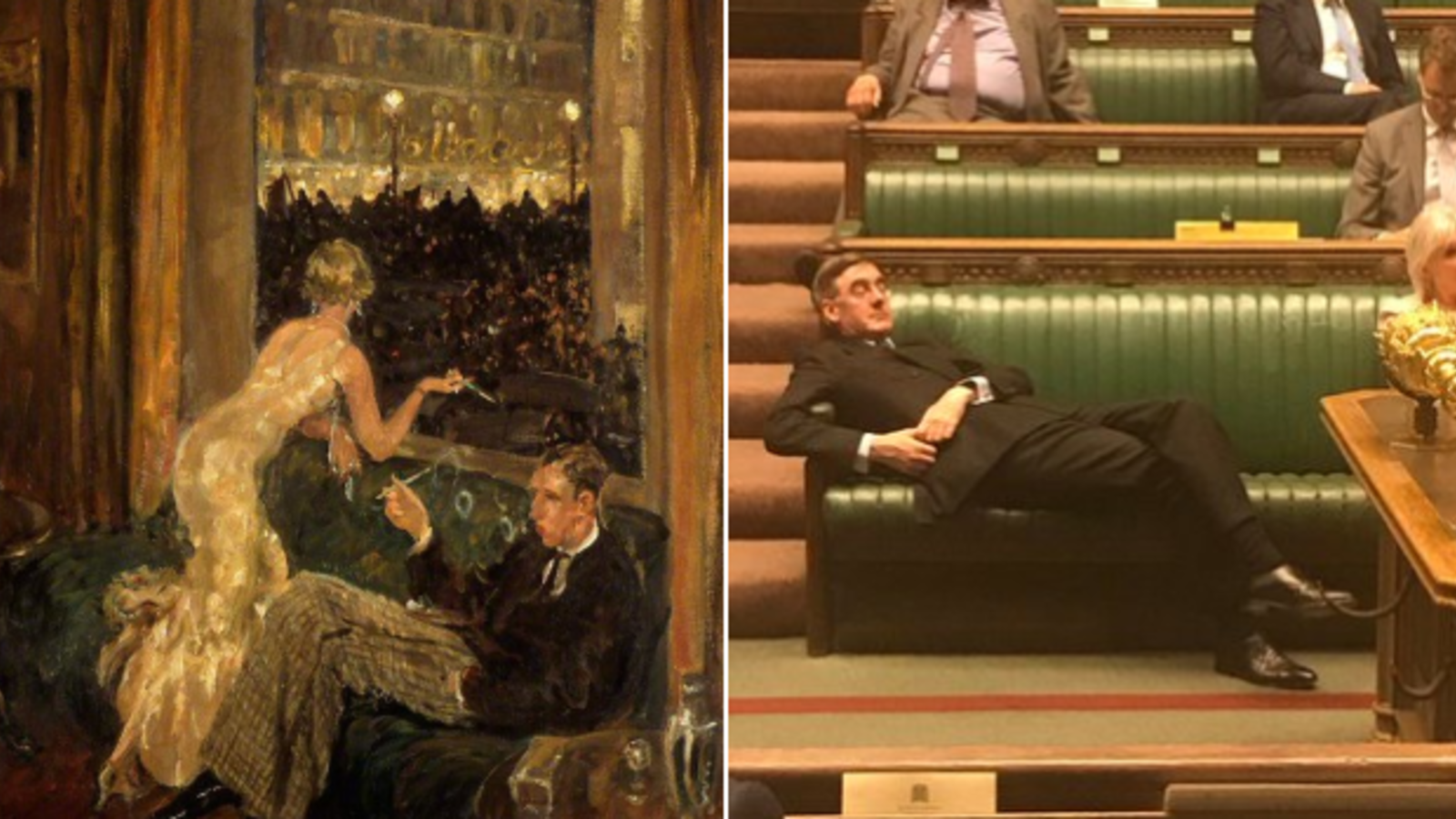 As the UK Parliament held a crucial session discussing the No-Deal legislation on Tuesday, eyes were turning toward the Leader of the House, Jacob Rees-Mogg who was seen reclining on the front bench of the house.

Lounging on a front bench of the house, Rees-Mogg was seen taking a break from proceedings and closing his eyes while MPs were discussing the emergency Brexit debate descending into chaos.

Just before MPs voted on legislation to block the No-Deal Brexit, the house’s head moved toward the bench to relax in a step that surprised MPs and sparked an uproar among some of them.

One of the MPs called out Rees Mogg branding his move as a “physical embodiment of arrogance, entitlement, and disrespect” and demanding him to “sit up”.

While he was heavily criticized among many as “disrespectful”, social media users took the opportunity to poke fun at him and his own way of “creating memes”.

I know I'm late with this. pic.twitter.com/S3rsnddfee

The Death of Any Sort of Credibility, by Petulance#JacobReesMogg#ReesMogg pic.twitter.com/fkmUuoTZp1

Others have assumed Jacob Rees-Mogg was trying to echo famous paintings.

Arrival of the Jarrow Marchers in London, 1936, oil on canvas by Thomas Cantrell Dugdale. The Leader of the House of Commons, 2019, installation by Jacob Rees-Mogg. pic.twitter.com/oLqMi3V1Eu

This comes at a time when the UK is descending into chaos as Britain hurtles towards a general election.