Last May, a Columbian national appeared on social media claiming she speaks the language of space aliens, drawing the attention of thousands of followers and millions of viewers.

A Parallel Universe? Viral Spanish Tiktoker Says He Lives All Alone in 2027

Mafe Walker, who introduces herself as a "medium, a magician, a multidimensional being with a telepathic guide to a galactic portal", often films herself speaking a mixture of Spanish, English, Borucas, and gibberish sounds, claiming "she speaks the language of aliens".

Claiming sure knowledge that aliens exist in other parts of the universe, Mafe Walker's videos have sparked wide internet interest, including views, memes, and parodies.

Besides "speaking alien", Walker's internet videos feature her walking through historic sites in Mexico with cosmic music in the background.

On TikTok, Walker's account which was only started in the first week of May 2022 has more than 360,000 followers and 1.5 million likes, while many of her videos have been seen more than 3 million times.

Walker's online popularity has also made it to the media-sharing app Instagram, with more than 90,000 followers. 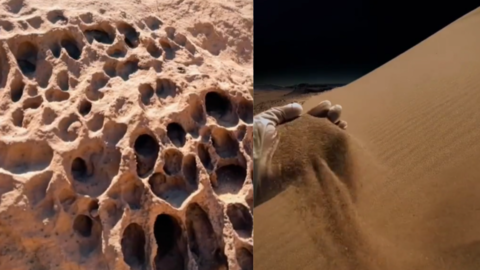 Mafe Walker, 45 years old, claims she possesses her unusual power since childhood but that her abilities were only unlocked in 2012 after "there was something like a portal and from there I began to manifest with the body".

In response to growing conversations triggered by Mafe Walker's videos, she has been hosted on the morning TV show Venga la alegría airing on TV Azteca in Mexico, in which she attempted to convince both viewers and the hosts of her supernatural power to speak the extraterrestrial language.

However, none of Mafe Walker's claims has been supported by science so far.