Published February 15th, 2021 - 07:37 GMT
The laws have prompted a strong backlash on social media as users perceived it as a backward step. (SAID KHATIB / AFP)

The latest changes made by the Hamas government on travel laws carried out in the Gaza Strip have prompted many angry reactions on social media, as it seemed to limit the freedoms of young adults, and especially women. 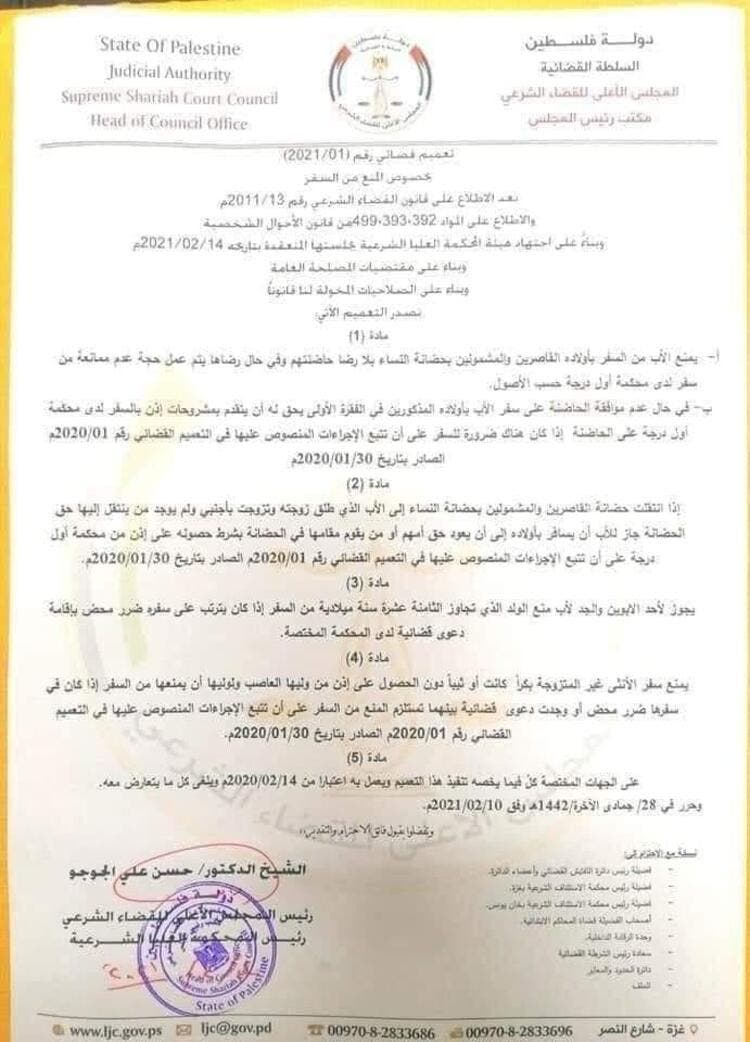 Despite traveling from or to Gaza being an extremely challenging process over the last several years, as a result of the Israeli control over five of the six crossings in the territory and the increasingly difficult procedures imposed by Egyptian authorities on the Rafah crossing, the only one under Palestinian-Egyptian control, traveling for Gazans seems to be getting even more difficult.

A new announcement by the Supreme Shari'a Court in Gaza has set a number of new rules limiting freedom of travel when it comes to both males and females above 18 years old.

According to the new laws, a father or a grandfather can ask the court to impose a travel ban on his children in case their travel was going to "cause damage to the family." However, the law does not provide enough details on what the damage includes.

Translation: "We wake up every morning to feel angry towards Gaza and the mafia that controls it. This is such a joke! All countries take steps forward and increase human rights even for a little bit. This so-called Hamas Shari'a court in Gaza is determined to drag us back into the stone age."

Translation: "The sponsor wants this. Who is the sponsor? Taliban"

Additionally, the law will prevent women who are older than 18 from traveling unless they provide written proof of a male guardian's approval. The new law clearly states that this applies to all women whether married or not.

The laws have prompted a strong backlash on social media as users perceived it as a backward step when it comes to personal freedoms, especially that it grants parents and men more control over the lives of young and adult women.