Two Activists From Jordan and Bahrain Targeted by Pegasus Spyware

Jordanian lawyer and activist Hala Ahed Deeb and Bahraini activist Ebtisam Al-Saegh have both been targeted by the Israeli spyware Pegasus, a new investigation concluded. 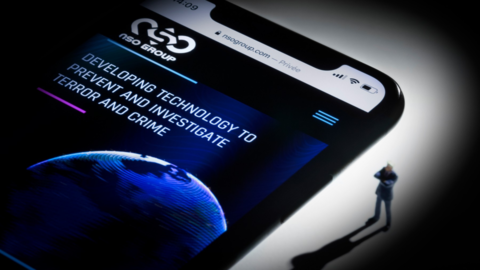 These MENA Journalists Have Been Targeted by the Pegasus Spyware

The Ireland-based Front Line Defenders organization has recently revealed that at least two prominent women activists from the Middle East have been tracked by the software developed by the Israeli NSO Group, listed recently on US black list.

According to the report, the two women targeted by the spyware have been amongst the most outspoken activists in their counties, in terms of civil and women's rights, which explains why certain entities have hacked their mobile phones in recent years.

The hack has been confirmed by researchers focused on security issues at the University of Toronto’s Citizen Lab.

"The impact of surveillance on women is particularly egregious and traumatising, given how governments have weaponised personal information extracted through spyware to intimidate, harass and publicly smear the targets’ reputations." - Front Line Defenders

While Ebtisam Al-Saegh has been arrested by Bahraini authorities multiple times for her work with the Salam for Democracy and Human Rights group, Hala Ahed Deeb is a lawyer who is part of the legal defense team acting on behalf of Jordan's Syndicate of Teachers, one that has been shut down by the Jordanian government in July 2020 and triggered nationwide reactions.

According to both women and online commentators who expressed solidarity with them, the report comes to highlight the increased sense of surveillance against activists in the Middle East, particularly female activists whose stances disturb authorities.

This privacy violation of women activists in Middle East is particularly egregious given threats they face.

"Al-Saegh said the knowledge that she had been hacked put her in a state of 'daily fear and terror' and had taken away a sense of security she had felt within her own home, because she now felt her phone was 'spying' on her at all times."

Last November, another investigation by the Paris-based Forbidden Stories listed names of more than 100 journalists who were targeted by the same software, including 8 from the Arab World.