A video was virally shared online showing a tall ladder made of fireworks has left people with open mouths. The 39-second video shows a huge amount of fireworks launched into the sky forming a ladder that seems to reach the sky. 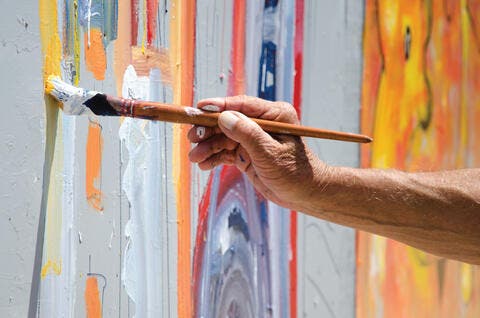 According to social media users, the artwork was created by a Chinese artist Cai Guo-Qiang who made it to pay a tribute to his grandmother for raising him.

The video which was lately re-shared online dates back to 2015, Chinese artist Cai Guo-Qiang created the 500 m high ladder with fireworks into the sky in Quanzhou province.

According to the Daily Mail, the 'Sky Ladder' lasted 80 seconds in the air but took 21 years of planning along with other artists.

Various reactions emerged online as people commented on the magnificent artwork created by the Chinese artist. A person said that on Netflix there's a documentary released in 2016 called, 'Sky Ladder: The Art of Cai Guo-qiang'.

Cai Guo-Qiang, born in December 1957, is a Chinese artist is currently living and works in New York City and New Jersey. Much of his work draws on Maoist/Socialist concepts for content, especially his gunpowder drawings.

Furthermore, the 'Sky Ladder' is not his only fireworks artwork. In 2018, he created an explosive depiction of flowers using fireworks across the blue skies of Florence, Italy, as his canvas.