Why Did Saudi Arabia Arrest a Popular Egyptian Vlogger?

For several days now, Saudi online people called on authorities to stop an Egyptian Saudi-based vlogger Tala Safwan from posting content online, as they accused her of "promoting immoral values" among her teenage audience. 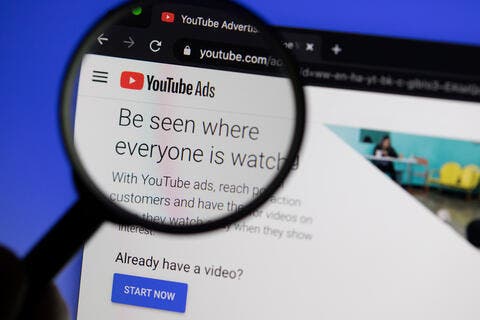 Tala Safwan, who has more than 5 million followers on TikTok and 800,000 followers on YouTube, repeatedly vlogs videos with provoking and emotionally-loaded titles, ones that draw the attention of millions of Arabic-speaking teenagers.

Life became disgraceful with the presence of the famous.
Tala Safwan clip, you must be held accountable.#تالا_صَفوانhttps://t.co/1d7zSN78kc

Speaking a perfect Saudi dialect, Tala Safwan has been using her videos to narrate events on TV shows, including Korean and Japanese ones that are highly popular among young adults. However, she highlights the most "shocking" events in her headlines and uses the first-person pronoun, so intrigued viewers believe she was in such situations.

Among titles that have driven the most outrage among Saudi online users are ones where she talks about gay relationships and affairs between siblings, which has been interpreted by commentators as an attempt to "promote immoral values" among teenagers.

Translation: "Riyadh Police: An Egyptian resident has been arrested after a live stream that included sexual connotation and she has been referred to Public Prosecution".

Tala Safwan's videos generate high interest, as most of her videos are viewed by millions of people.

Online, many Saudis used the hashtag #تالا_تسيء_للمجتمع (Tala offends the society) to urge Saudi authorities to stop her from posting content. Demands have resulted in an announcement by the Riyadh police highlighting Tala Safwan's arrest on Monday evening.

That is why it’s trend but I don’t think she meant what u’re guys thinking of like her face was innocent. 🤷‍♂️ #تالا_تسيء_للمجتمع pic.twitter.com/ltnLrlKh37

This comes at a time Saudi Arabia is cracking down on "inappropriate" online content, including a warning that was sent by authorities to YouTube, to stop ads deemed offensive from being shown in the conservative kingdom. YouTube responded to the Saudi demand by removing many ads, as per a YouTube spokesperson.