More than six years after ISIS terrorists took over their ancestral homes in Sinjar to the north of Iraq, hundreds of Yazidi families are once again facing another round of displacement, following a fire that erupted in the camp they have been living in for years. 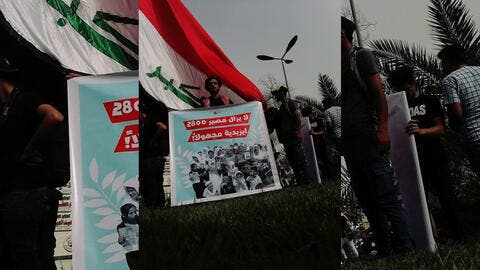 The cause of the fire is unknown and firefighters are still working to extinguish the blaze. pic.twitter.com/DWRfHaofwG

On Friday afternoon, a fire erupted in a camp where hundreds of Yazidi families have been living since they were first displaced in 2014 near the Duhok province in Kurdistan's region.

Online, many videos have been shared showing the damage caused by the fire, especially that residents reported delay in extinguishing efforts, even though the fire in the Sharya camp is not the first of its kind.

Devastated to see #Yazidi families lose 450+ shelters to a fire in #Sharya Camp. Camp conditions threaten the lives of displaced Yazidis every day. This is unacceptable. Let us send tangible support, not sympathy, to affected families. pic.twitter.com/0Rrl4huws5

Besides the pain of seeing more than 400 tents destroyed during the incident, residents of the Sharya camp have complained to local reporters that authorities are not putting in the needed work or effort to stop similar accidents in the future.

Tweets have also been highlighting the need for organized campaigns that can help the Yazidi community amid the increasing difficulty of life.

@Khalsa_Aid is supporting 100s of Yezidi families who have lost everything in the fire in #Sharya Camp by providing breakfast, lunch and dinner until they return back to their shelters. @JccKrg @KRG_UK pic.twitter.com/2piV0iC80J 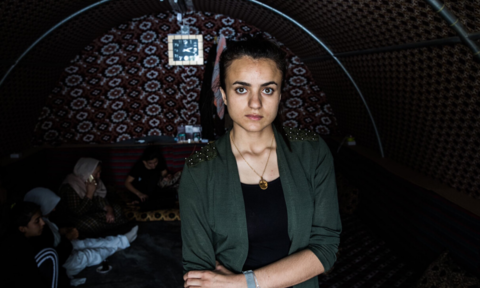 Well-known Yazidi activists have been using their social media platforms to spread the word and mobilize support from across the world, including the Nobel Peace Prize laureate Nadia Murad who lives in Germany.

Murad has also accused the local governments in Baghdad and Erbil of neglecting the Yazidi plight.

A report issued last week by Human Rights Watch has concluded that camp closures in Iraq are harming the internally displaced population, especially amid "inadequate plans" provided by the Iraqi government to support thousands of the country's displaced communities.